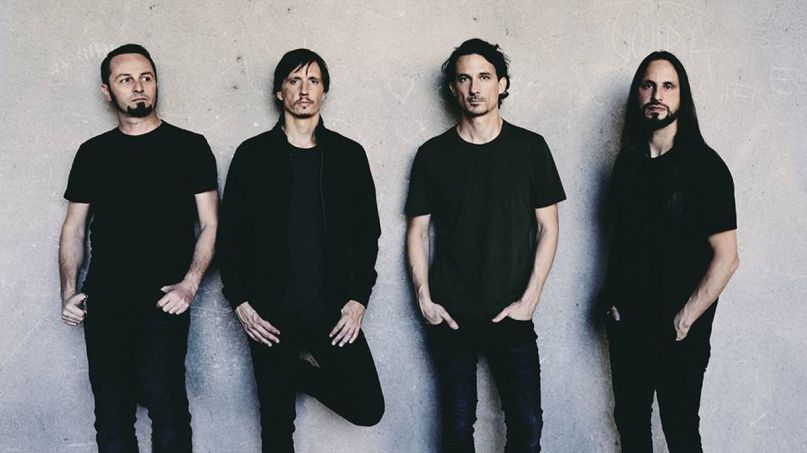 Gojira are completing work on their forthcoming seventh studio album. To tide fans over, the band is streaming its previously unreleased 2017 concert at Red Rocks Amphitheater in Morrison, Colorado.

The show, at which Gojira opened for headliners Opeth, came in the midst of the French metal act’s tour in support of 2016’s Magma album. The open air venue is nestled in the side of a mountain, 10 miles west of Denver — surroundings that the band considered worthy of hiring a professional film crew to shoot the show. The 11-song setlist drew mostly from Magma and 2005’s From Mars to Sirius.

The band will also be selling limited-edition merchandise to commemorate the show, including a special edition t-shirt and poster. The apparel and memorabilia will be available during the stream, which will be hosted for 24 hours starting at 4:00 p.m. ET this Wednesday (May 20th).

A press release announcing the stream also mentioned that Gojira are finishing up work on a new album. Last year, Gojira offered some updates on the progress of the highly anticipated follow-up to Magma. Drummer Mario Duplantier told KBear 101 that the band was “super proud” of the new material, and later in the fall, Gojira shared a photo of soundboard faders on Instagram, insinuating they were recording.

“It’s going well,” Duplantier said. “I can’t give too many details because we still have to be on the same page with all the partners, and we have to give a collective release date… But I can tell you that we are working very hard on the new stuff. Work is in progress and we are very happy and super proud of it. We just can’t wait to give you more details.”

While a few of the band’s festival appearances have been canceled due to the COVID-19 pandemic, no announcement has been made yet regarding the status of Gojira’s support run on Deftones’ summer US tour. For now, tickets are available here.

Tune in Wednesday to watch the Red Rocks stream below.

Editor’s Note: If you’re a fan of our content, consider supporting Consequence of Sound by visiting our newly launched web store and picking up one of our custom face masks. A portion of the proceeds will benefit MusiCares’ COVID-19 Artist Relief Fund.