The genre-fluid rockers drop their first full-length in August 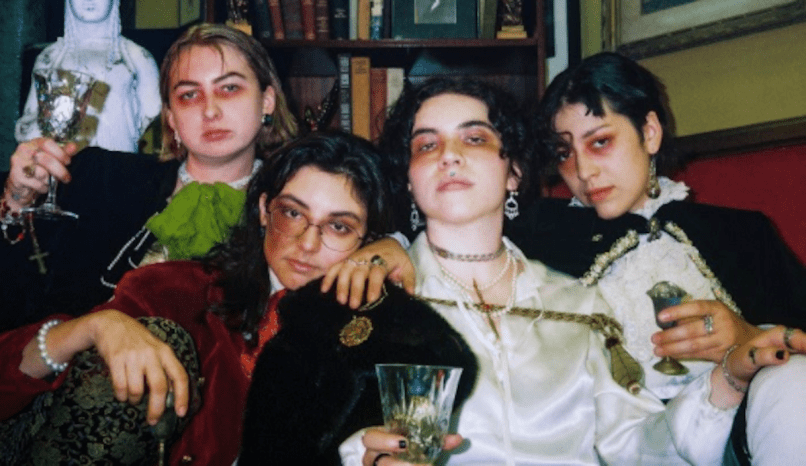 Girl Friday have announced their debut album Androgynous Mary. In anticipation of the August 21st release, the genre-fluid rockers have shared the music video for their lead single “Amber’s Knees: A Matter of Concern”.

The LA quartet first gained national attention when they were named finalists in the 2018 Vans Share the Stage competition. Girl Friday followed that accomplishment with the 2019 Fashion Conman EP, a marvelous project that sounded like Robert Smith went surfing with Iggy Pop. “Amber’s Knees: A Matter of Concern” continues the exploration of sunny, guitard-driven post-punk. It’s melodically simple but structurally dense, with an intro, a couple of verses, a big shout-a-long chorus, a bridge, and an outro, all crammed into a tight three minutes.

In a statement, Girl Friday explained the fragmentary manner in which they wrote the new single. They said,

“‘”Amber’s Knees”” came together lyrically from bits and pieces that we’d all written over a long period of time. It’s the first song we wrote for the album. It has to do with the borders of culturally sanctioned dissociation and the willful ignorance we often employ to keep things functioning, which manifests differently for everyone. We wanted the video to be an extreme example of this, so naturally we turned to reality TV for inspiration. However, that initial idea festered into a visual fever dream fueled by our increasingly dystopian waking reality. As life seems to spiral ever further out of our control, we keep ourselves grounded dancing above a greenscreen sea.”

The accompanying music video was at least partially inspired by the band’s love of the reality show Rock of Love. In front of sweeping green screen vistas, the quartet dances while dressed like Bret Michaels, complete with dirty goatees, red bandanas, and vintage Poison t-shirts. There’s also some purposefully bad CGI and more surreal touches. Check out “Amber’s Knees: A Matter of Concern” below.

Androgynous Mary comes out August 21st on all formats, and pre-orders have already begun.