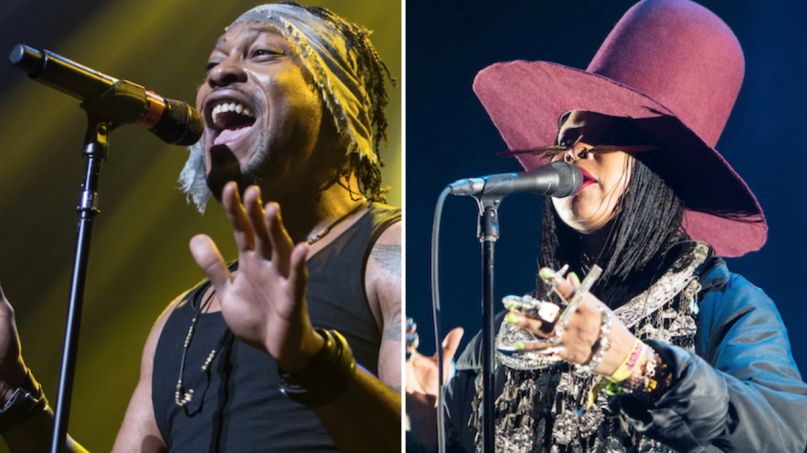 Earlier this year, the mysterious artist Slingbaum announced their star-studded debut EP, Slingbaum One. While we have little clues as to who the jazz musician truly is, his collaborators are more familiar: FKA twigs, Damon Albarn, Bilal, and more. Following the pre-order sale of a limited-edition vinyl release, Slingbaum is now streaming one of the EP’s three tracks, “Behoove” featuring Erykah Badu and D’Angelo.

“Behoove” is a a dark and trippy conglomeration of heavy instrumentation and haunted singing, raising the already considerable intrigue around who — or what — Slingbaum is. The track premiered on Gilles Peterson’s BB6 Music radio show, and you can listen to it here at the 1:50:55 mark.

If you haven’t already grabbed a copy, a limited supply of Slingbaum One will be shipped to record stores after pre-orders are fulfilled. However, the in-store copies will not include digital downloads, as those will only be emailed to those who got in on early sales online.

In addition to “Behoove”, the EP includes “Strangers” with FKA twigs, Questlove, Nick Hakim, and Oumou Sangaré; and “Morphine” with Albarn, Bilal, and Syd.