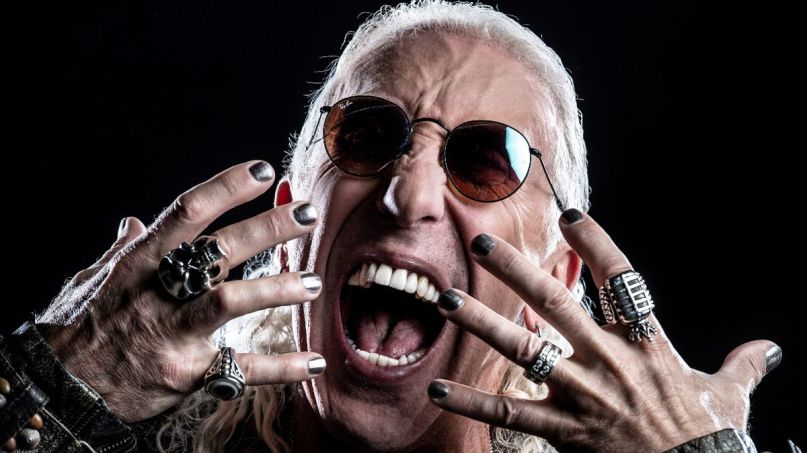 Twisted Sister singer Dee Snider will release a new live album and home video, For the Love of Metal Live, on July 31st. The package also includes one studio recording, “Prove Me Wrong”, which Snider is sharing ahead of the album’s release.

The track is a fun sing-along stomper that is fairly thrashy for Snider. Like with Twisted Sister’s classics “We’re Not Gonna Take It” and “I Wanna Rock”, Snider takes a stance against his naysayers and uses the chorus to emphasize his point.

“‘Prove Me Wrong’ are words that I’ve thought in my head since the day I began rocking,” Snider reflected in a press release. “I had a monster chip on my shoulder and dared the world to knock it off… nobody ever could. At this point in my career I thought I’d let everybody in on what has kept be going all these many years. Prove me wrong!”

The live album follows Snider’s tour dates and festival appearances while touring in support of his 2018 solo album, For the Love of Metal. Audio is taken from those various festival appearances, and further features such as behind-the-scenes footage, interview clips, and commentary tracks are available on the accompanying DVD and Blu-Ray release.

“The response to For the Love of Metal was so strong, and my new band so good, that I wanted to capture ‘Dee Snider’ for the new millennium,” he said. “All of my other live concert releases are all about the past. And while my past is represented here, it is presented along with my new music, played by my new band and is very much ‘in the now.’ The included interviews give insight into my world, my journey and my evolution since I started nearly 50 years ago.”

The tracklist includes the aforementioned Twisted Sister classics, Snider’s solo cuts, and even a cover of AC/DC’s “Highway to Hell”. The studio track, “Prove Me Wrong”, closes the album. The singer hopes the summer release will entertain fans as live music remains paused during the coronavirus pandemic.

“While live entertainment has been curtailed for now, we cannot let the spirit of live entertainment die within us,” Snider said. “Any music I’ve ever loved and listened to, I always imagine what it would be like live. When I was young and couldn’t go to shows, all I had was what I thought the bands would be like live. We must keep our desire to see and hear the great new music out there in concert, because that’s its true habitat. Bands on stage with fans cheering them on in the audience is the way the rock gods intended it to be.”

Pre-order For the Love of Metal Live via Napalm Records and digitally here. Listen to “Prove Me Wrong” below.

For the Love of Metal Live Artwork: