Will Carroll contracted coronavirus while on a European tour in March 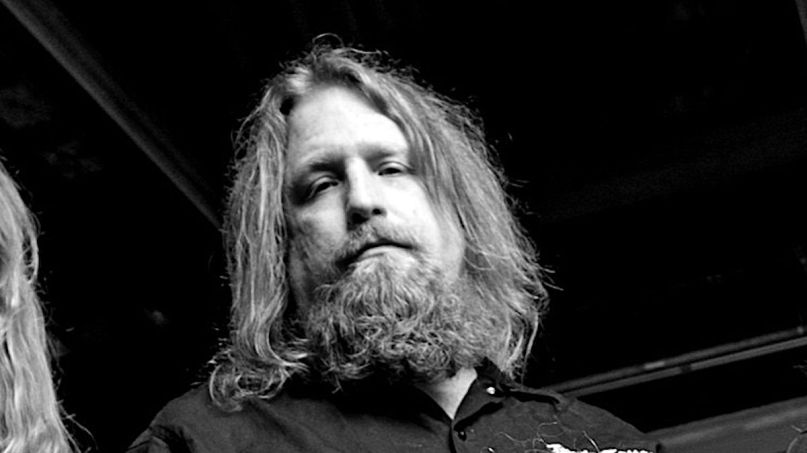 In a new interview, Death Angel drummer Will Carroll likened his recent COVID-19 coma to a trip through hell itself.

Carroll was in a 12-day coma after contracting coronavirus during a European tour in March, an outing that led to numerous infections among the bill’s three Bay Area thrash bands  — Death Angel, Testament, and Exodus — and their crew. But Carroll’s battle became especially dire, with doctors unsure if he would survive.

The drummer told the San Francisco Chronicle that the experience felt like returning from hell, with “dreams of visiting the afterlife” where Satan, who appeared as a woman to Carroll, “punished him for the deadly sin of sloth, morphing him into a Jabba the Hutt-like-monster who vomited blood until he had a heart attack.”

“I woke up on the hospital bed with tubes coming in and out of me, and there was a nurse right there and my first words were, ‘Am I still in hell?’” Carroll said. “She ignored me.”

The virus hit Carroll after he’d returned to his San Francisco apartment following the tour, where he stayed in bed for five days. On the sixth, he had trouble breathing, and his wife rushed him to the California Pacific Medical Center.

Carroll was taken to the Intensive Care Unit, where he was put on a ventilator that required him to be a “chemically paralyzed until doctors deemed him fit enough to come off it.” He stayed comatose in mostly critical condition for nearly two weeks.

Carroll turned 47 on May 13th and said that the experience has given him a new outlook on life, including his spirituality. He’s traded “bong rips” for edibles, and although he’ll still listen to death metal, he said the prayers of his friends and family helped him through.

“I’m still going to listen to satanic metal, and I still love Deicide and bands like that,” Carroll said. “As far as for my personal life and my experience of what I went through, I don’t think Satan’s quite as cool as I used to.”

Testament singer Chuck Billy was also one of the musicians who came down with COVID-19 on the “Bay Strikes Back” tour. In an interview with Heavy Consequence, Billy described symptoms that lasted weeks: fatigue, headaches, intense feverish chills. Exodus guitarist Gary Holt also tested positive, among other members of the tour, which stands as one of the last major European treks since the pandemic began.