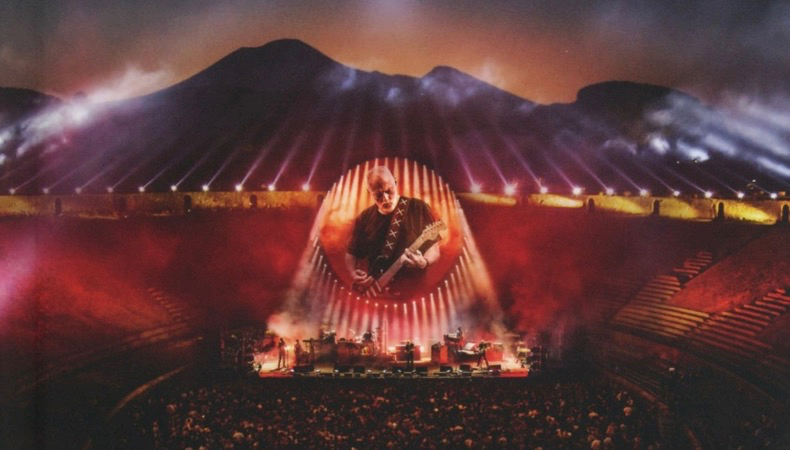 It’s Friday, which means there’s a new classic Pink Floyd concert streaming for free on YouTube. This week’s installment, however, doesn’t focus on the band itself, but rather longtime member David Gilmour.

Back in 2016, 45 years after Pink Floyd’s filmed their famed Live at Pompeii film, Gilmour returned to the Italian amphitheater for his own solo concert. Over the course of two nights, Gilmour treated fans to a career-spanning set that included both Pink Floyd classics and material from his own solo catalog. Of particular note was a rare performance of The Dark Side of the Moon cut “The Great Gig in the Sky” as well as “One of These Days”, which was performed by Pink Floyd during their first go-around in Pompeii.

A concert film capturing Gilmour’s performance was released in 2017, and for the next week, fans can stream it for free on the band’s YouTube channel. Tune in below beginning at 12:00 p.m. EDT.

Setlist:
5 A.M.
Rattle That Lock
Faces of Stone
What Do You Want from Me
The Blue
The Great Gig In the Sky
A Boat Lies Waiting
Wish You Were Here
Money
In Any Tongue
High Hopes
One of These Days
Shine On You Crazy Diamond
Fat Old Sun
Coming Back to Life
On an Island
Today
Sorrow
Run Like Hell
Time / Breathe (Reprise)
Comfortably Numb
Beauty (closing credits) (studio recording)