Chino Moreno: Deftones Planned Summer Release for New Album, But Now “Have to Figure [It] Out”

"Does it make sense to put it out when you can't support it?" 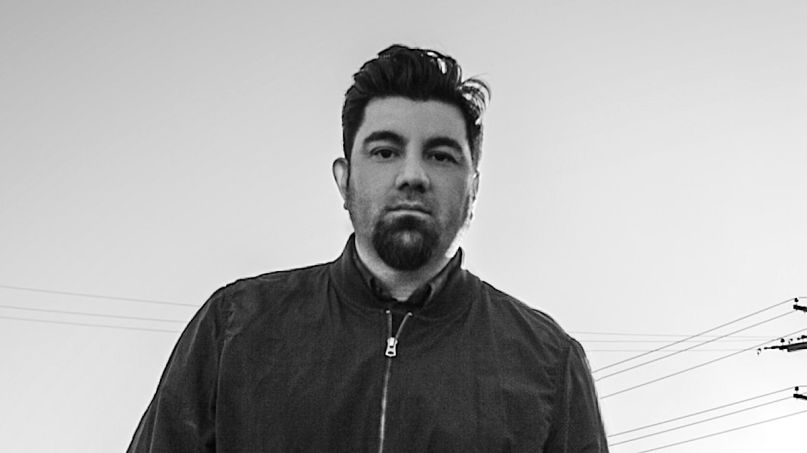 Chino Moreno has offered his first detailed interview about Deftones’ highly anticipated new album. As he explains, the alt-metal veterans had planned to drop the album this summer, but the pandemic is making them rethink that strategy.

The Deftones frontman chatted with host Zane Lowe on Apple Music to discuss the new album and other topics. Prior to talking about the release plans, Moreno gave some insight into the creation of the album.

“We started the record last summer and we … I mean, even before that we were taking our time and just doing at our leisure,” Moreno explained. “We just started the mixing process a couple of months back. It worked out as far as doing it remote. Our producer, Terry Date who’s doing the record, he’s in Seattle. As a band, we’re all spread out anyways.”

He added, “Usually it would be a little more expedited had we all been able to be in the same room at the same time, but it’s working out and he just finished his first full round of mixing the whole record and now it’s going back to little things and particular things on each song. So we’re using the time, trying to at least, by still working on the record and there’s no rush obviously for us to get out and do anything. So we’re just taking our time with it.”

As for the album’s release, Moreno explained that it’s now up in the air due to the pandemic. “We haven’t really discussed it too deeply other than we plan on it coming out this summer. It’s not looking like we’re going to be able to get out there this summer to support it. So does it make sense to put it out when you can’t support it? Maybe. Maybe not. I don’t know.”

He continued, “I think that’s something that we’re going to have to figure out sooner than later. But I think our mindset right now is just finishing it completely and making sure that it’s great. And then taking it from there.”

Moreno also discussed the 20th anniversary of the band’s seminal album, White Pony, and whether Deftones had any plans to re-release or celebrate the 2000 LP. The singer explained that they’ve always wanted DJ Shadow to remix the album.

“Our initial idea was we’re going to get the masters of the White Pony record,” recalled Moreno. “And we’re going to put some money in a briefcase and the masters in a briefcase. And we’re going to go to DJ Shadow’s house and we’re just going to hand it off to him and say like, “Here man, remix this record.” And we wanted to call it the Black Stallion.” Moreno added that the band is still debating whether to release a remix version of White Pony, and that they have considered performing the album in full.

Elsewhere in the interview, Moreno spoke about working with producer Terry Date on the new LP, Deftones’ hesitance in continuing without bassist Chi Cheng, and other topics. The quotes above were provided to us in advance, and a preview can be seen below.

The conversation with Chino Moreno and host Zane Lowe on airs today (May 4th) at 1:00 p.m. ET / 10:00 a.m. PT at Apple Music. In addition, Moreno curated a playlist as part of Apple Music’s “At Home With” series.

Thus far, the only music heard from the new Deftones album was a very brief tease of a new guitar riff, as shared by drummer Abe Cunningham during an Instagram live session.