A 28-song performance from "The River Tour" 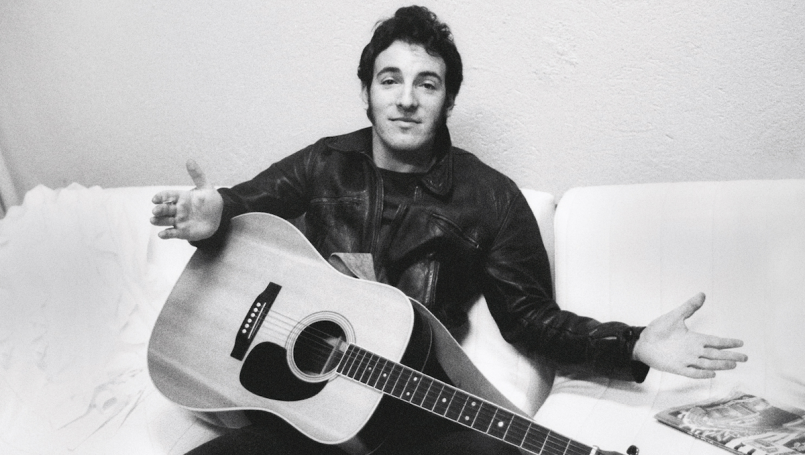 Bruce Springsteen has been doing a lot to ease the burden of COVID-19. He took over his SiriusXM station to share songs he’s turned to in tough times, headlined the Jersey 4 Jersey benefit concert, participated in Earth Day Live 2020, and shared his Live in Hyde Park concert film to encourage fans to “practice social-distancing.” Today, he’s back with more music to help get fans through, as he’s released audio of a 1981 concert to benefit the New Jersey Pandemic Relief Fund.

A part of The Boss’ monthly archival series, the downloadable “live album” was captured during “The River Tour” at East Rutherford, New Jersey’s Brendan Byrne Arena on July 9th, 1981. The show was the finale of a six-night stand by Springsteen and the E Street Band to celebrate the opening of the new venue. Each concert was professionally recorded, with select tracks appearing on the Live 1975-85 box set — but only the rendition of “Jersey Girl” from this July 9th show was featured (via Rolling Stone).

In addition to classics like “Thunder Road”, “The River”, “Badlands”, and “Darkness on the Edge of Town”, the setlist included a rendition of the rarity “Johnny Bye-Bye”, which wasn’t released until 1984 as the B-side to “I’m on Fire”. A sample of this performance is featured in a preview trailer for the release, which you can hear below.

Other highlights include Gary U.S. Bonds guesting on “Jolé Blon” and “This Little Girl”, and The Big Man himself Clarence Clemons singing a snippet of “Stagger Lee” before the band goes into a 14-and-a-half-minute-long “Rosalita”. There’s also “The Detroit Medley”, featuring sections of “Sweet Soul Music”, “Sock It to Me, Baby!”, and “I Hear a Train”.

Also of note is a moment where an audience member shoots off a firecracker — something that was apparently a rather popular disturbance at arena shows of the time. “If anybody was around that guy, point him out, and throw his fucking ass out of here,” a pissed off Springsteen said in response. “If you don’t have the respect for yourself, you ought to at least respect the people that are sitting around you.”

Head to Springsteen’s live archive website to download the full 28-song set (see the setlist ahead) for $9.95, or $12.95 for lossless quality. All net proceeds will go to the New Jersey Pandemic Relief Fund.

Summer Tour ’81 marked Springsteen’s triumphant return from Europe. It began with the christening of the new Brendan Byrne Arena in NJ. All net proceeds from the sale of this show will be donated to the New Jersey Pandemic Relief Fund. https://t.co/WCzQFAFcSP pic.twitter.com/i6lIDAO75a