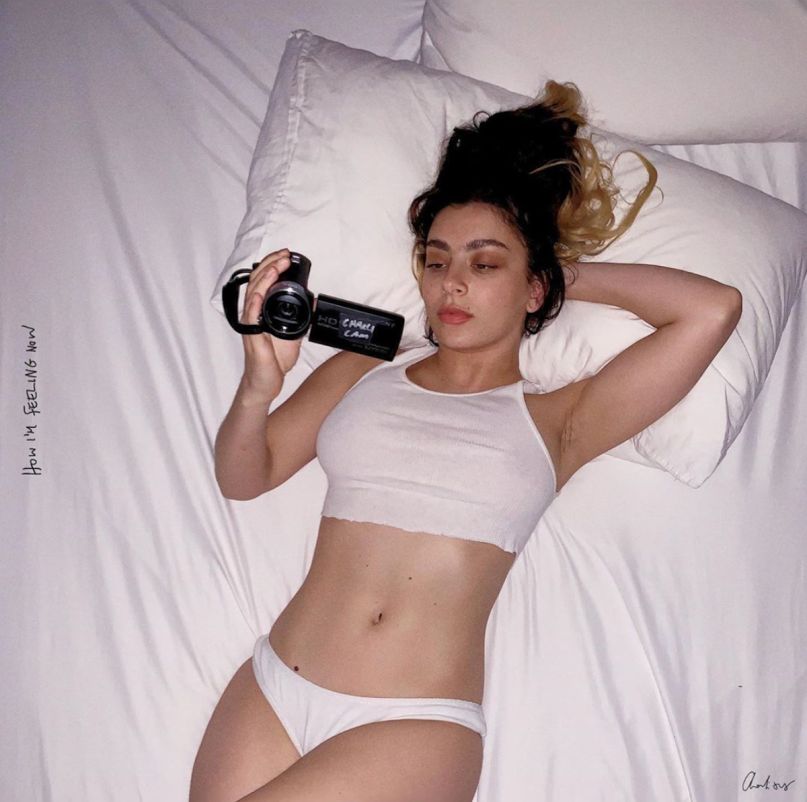 The Lowdown: Throughout her musical career, Charli XCX, born Charlotte Aitchison, has occupied both sides of pop stardom — the radio mainstream and the small, sweaty clubs where experimental pop flourishes. Coming onto the scene in 2012 with “I Love It”, Icona Pop’s chart topper, which was written by and featured Aitchison, was quite the breakout, reaching car-commercial levels of unavoidability. Not long after that, Aitchison’s feature on “Fancy”, which she co-wrote with Iggy Azalea, was named Billboard’s song of the summer, and her song “Boom Clap”, featured in teen-favorite The Fault in Our Stars, rivaled “Fancy” for that title. Despite Aitchison’s ability to craft radio hits, her affinity for experimental hyperpop is what makes her a cult-pop icon who continually pushes the genre forward. First with 2017’s Pop 2 and then with last year’s Charli, Aitchison proved she isn’t afraid to do things no one else is doing. Her love of creating avant-garde pop has created a space in the industry that is all her own and given both her and her label the confidence to make bold moves, including writing and releasing an entire album while on lockdown.

The Good: At the beginning of April, Aitchison announced she would make a record while quarantined in Los Angeles, and although creating art amidst an international crisis is already a task within itself, she wanted the album to be collaborative with her fans online and essentially livestreamed the making of the entire thing. She wrote lyrics on Instagram live, she had Zoom meetings with fans, and she read countless comments to decide cover art. Just a little over a month later, how i’m feeling now was born. The album itself is an incredible act of artistry. In a period of “uncertain times” — as every brand likes to remind us in their marketing emails — Aitchison has created an album both entirely of its time and a standout outside of its context.

Aitchison is a master of writing what she knows, and before this, that was a lot of the ins and outs of partying and the emotions that go along with exhilarating nights out. Now, stuck inside, her lyrics are focused more inward, discussing her seven-year relationship and virtual sessions with her therapist. how i’m feeling now might be the most vulnerable Aitchison has been thus far. “Used to be afraid to say it/ That’s so strange,” she sings on “7 years”, a song about the stability she’s found in her relationship while being quarantined with her boyfriend. On “enemy”, a track with an ’80s ballad influence that describes the danger of vulnerability in a relationship, Aitchison even includes a voice recording of herself post-therapy session talking about the self-doubt she often feels. Moments like this are what ground the album. Aitchison may be a pop star, but not in the way pop stars used to be. She is, in the plainest terms, a real person, and doesn’t hold back from showing that. Even if the songs are fantastical and futuristic, they are rooted in Aitchison’s honesty, ingenuity, and self-expression.

But what is a Charli XCX album without partying? In a time when we can only be reminiscent of nights dancing and sweating in clubs, Aitchison has found a way to capture those feelings and package them into an album fueled by the desire to have those experiences again. More than anything, how i’m feeling now hopes for a time when these moments will be safe to exist again. In the meantime, Aitchison gives us reminders, such as the album’s opening “pink diamond”, which sounds like it came straight from the basement of a Halloween rager; the Danny Harle- and Dylan Brady-produced “anthems”, which reimagines early 2010 dance hits; and closing track “visions”, finishing the album off with what Aitchison described in an interview for Apple Music as “euphoric, but also intense and unknown.”

Whether recalling nights spent partying or chronicling the ups and downs of relationships while in quarantine, how i’m feeling now acts as a beacon of hope in a period of uncertainty. Aitchison is honest and unabashed about the roller coaster of emotions felt while quarantining, and it’s inspiring to have watched it unfold online.

The Bad: As a whole, how i’m feeling now is a near-perfect culmination of the music Aitchison has been making since her debut in 2013. The album presents new ideas in a familiar, Charli XCX way, and although it definitely works overall, this familiarity can be a double-edged sword. Last year’s Charli was a huge step for Aitchison, and arguably some of her most groundbreaking work, while how i’m feeling now feels like more of a return to form. Not every album can be a trailblazing work, though, and when listening to an album written, produced, and recorded while trapped inside, that feat in itself feels trailblazing enough.

The Verdict: Present and post-lockdown, how i’m feeling now will be a definitive album of its time. Aitchison has captured this space we now all exist in and all its facets. She’s discovered things about herself and her relationship, but, despite that growth, longs for a time of normalcy. On one of the last tracks “c2.0”, a remix of last year’s “Click”, she sums it up best: “Want to stand still/ Won’t forget this time/ I miss them.”