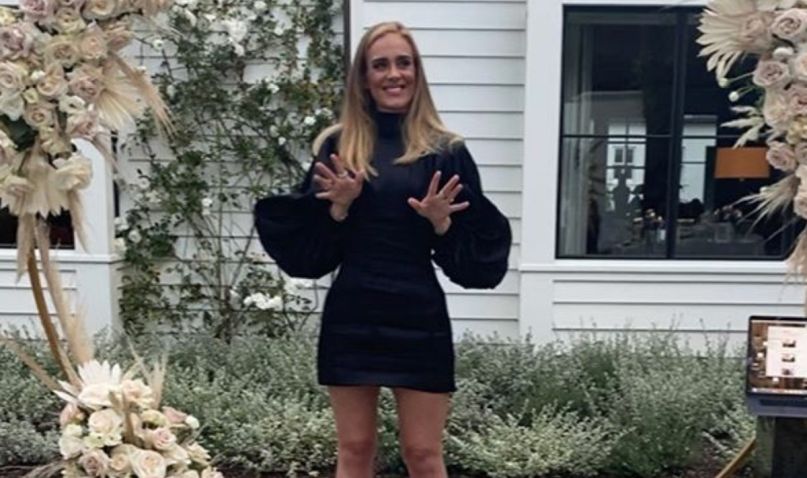 On Tuesday night, Adele celebrated her 32nd birthday with her very first Instagram post of the year. The rare photo captured the pop icon smiling ear to ear in a lush courtyard, as well as featured a special message of thanks to essential workers and first responders on the frontlines of the pandemic.

“Thank you for the birthday love. I hope you’re all staying safe and sane during this crazy time,” the Grammy winner wrote on IG. “I’d like to thank all of our first responders and essential workers who are keeping us safe while risking their lives! You are truly our angels. 2020 okay bye thanks x .”

Adele has been on social media only sparingly the last 12 months — yes, even that secret Twitter account has probably gone dark — in an effort to focus more on herself following her split from husband Simon Konecki. “31 is going to be a big ol’ year and I’m going to spend it all on myself,” she vowed in a birthday post last year. “For the first time in a decade I’m ready to feel the world around me and look up for once.”

Part of that focus has meant new music, too, apparently. During a friend’s wedding party in February, Adele reportedly announced that her new album, the long-awaited follow-up to 2015’s 25, would be out in September. Obviously much has changed in the world since then, and records are being postponed left and right, but we’re willingly to stay cautiously optimistic.

Find Adele’s full 32nd birthday post below, followed by her “Rolling in the Deep” wedding performance from February.