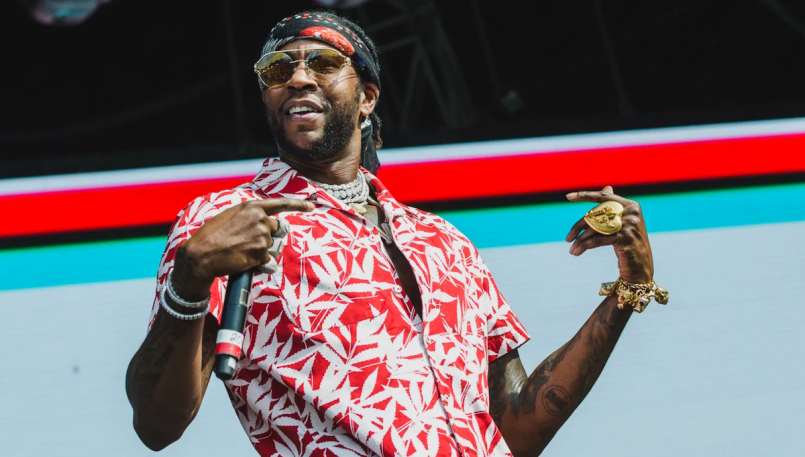 It’s probably no coincidence that a number of states began rolling back lockdown restrictions right around the busy Memorial Day. While some businesses have committed to continuing operating cautiously within local health guidelines, others have been throwing caution dangerously to the wind. That includes rapper and restaurateur 2 Chainz, whose Atlanta eatery Escobar Restaurant & Tapas was so packed on Monday that police had to shut it down.

As TMZ reports, Georgia State Police drove by Escobar on Monday night and noticed it “was rather loud, busy, and occupied to be operating as a restaurant at that time of night.” A look at the establishment’s Instagram Stories reveals more than food service was indeed going on, as there are clips of people dancing, receiving bottle service with sparklers, and smoking hookah (through disposable hoses, according to an Escobar spokesperson). It also appears as if no one was keeping their social distance, and few if any patrons were wearing masks.

Upon arrival, police “spoke to the manager before shutting the location down as it was violating executive orders regarding protocol issued due to COVID-19.”

2 Chainz had actually decided to keep Escobar closed when Georgia first announced its opening protocol, instead using the restaurant’s resources to help feed the local homeless population. When the state made further adjustments to its guidelines, he and his business partner/co-owner Snoop Dillard decided to open up in early May. The updated guidelines limited dine-in service to 10 customers per table, with total patronage limited to 10 people per 300 square feet of public space. The standard social distancing requirements also remain in effect.

At the time, Escobar spokesperson Bentley Didier told TMZ that they would be limiting sections to four people or less, serving all food in to-go boxes, and providing masks and gloves upon request. However, even videos from the opening weekend showed an extremely lax atmosphere in regards to COVID-19 protection. See all the clips of Memorial Day and reopening weekend over at TMZ.

No one can blame people for wanting to return to a semblance of normalcy, but hopefully this latest encounter with officials will lead to Escobar enforcing a little more caution for the safety of its patrons and the community.