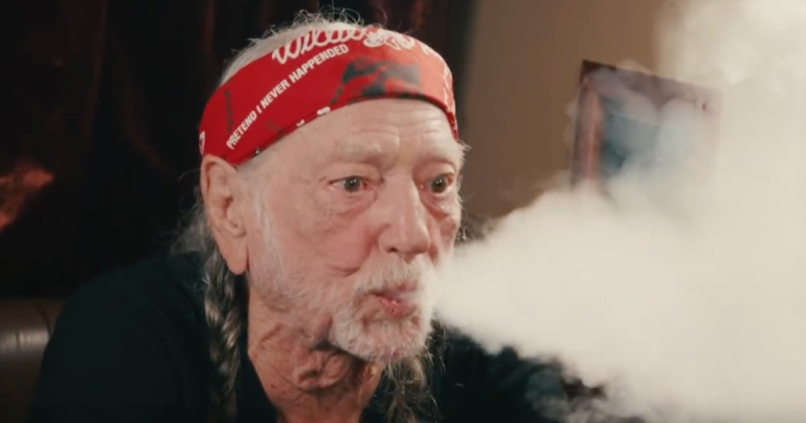 Willie Nelson wants to celebrate 4/20 with you. The country legend has announced a new livestream called “Luck Productions: Come and Toke It” to celebrate this year’s marijuana-filled Monday on April 20th.

“Come and Toke It” is a variety show that will feature Nelson smoking it up with artists, chefs, comedians, and cannabis experts for 4 hours and 20 minutes exactly. According to a press release, it will also include performances by surprise musical guests, helpful cooking tips, fun cocktail demos, and “weed-centric moments.” You can stream the event live over at the Luck Reunion website at 4:20 p.m. CT.

Best of all, Come and Toke It wants to offer you the chance to smoke with Willie Nelson instead of just watching him smoke. All you have to do is enter the #comeandtokeit #passleft challenge. A press release explains it as the following: “Luck will be asking fans to post a video of themselves passing (whatever toking material of their choice) to the left with the hashtags #ComeandTokeIt #PassLeft. One lucky participant will be randomly selected to talk to Willie himself, live on air, to pass left and wish him an early birthday “in person” during the broadcast.”

Nelson has stayed busy in quarantine by performing what feels like nonstop livestream concerts these days. It looks like he’s just passing the time until his 70th record, First Rose of Spring, comes out on its newly postponed release date of July 3rd.

Later this year, Nelson will hit the road for a string of US tour dates, a handful of which are part of Chris Stapleton’s “All-American Road Show” tour. Grab tickets to all of his upcoming concerts here.

Willie Nelson’s Red Headed Stranger was the focus of a recent season of The Opus, and you can revisit the first episode below. Further episodes are available here.