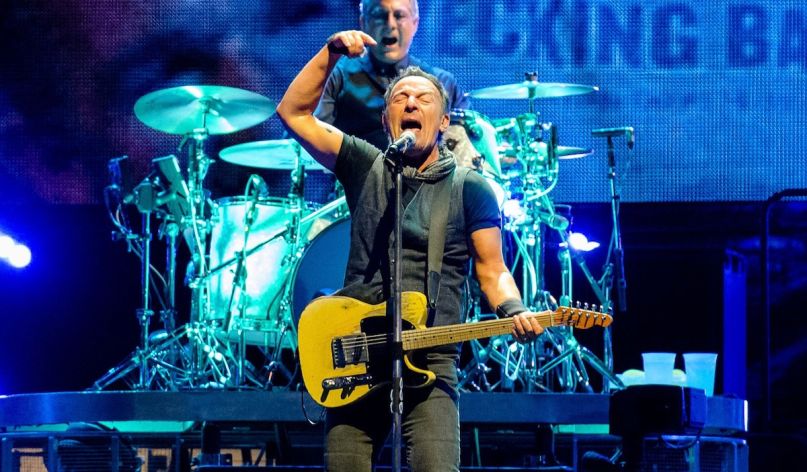 Bruce Springsteen will proudly represent his home state on Wednesday  night’s Jersey 4 Jersey benefit concert livestream. The event was put together in order to raise money for the New Jersey Pandemic Relief Fund.

The Boss is expected to perform a song or two from his own home. Keeping with the evening’s theme, viewers can count on the lifelong Jersey native to roll out music inspired by his beloved state.

Despite being the global rock star that he is, Springsteen has deep ties to the NJ community like any longtime local. In recent months, we learned all about his workout routine at a nearby no-frills gym. His son even became an official NJ firefighter this past January.

In addition to The Boss, the Jersey 4 Jersey concert features other fellow Jerseyans like Fountains of Wayne (who will be joined by Sharon Van Etten), Jon Bon Jovi, SZA, Halsey, Tony Bennett, and Charlie Puth. Celebrities such as Jon Stewart, Chelsea Handler, Danny DeVito, and Whoopi Goldberg are also expected to appear.

The livestream officially begins 7:00 p.m. ET. It will be simultaneously broadcast across the Apple Music and Apple TV apps and E Street Radio on SiriusXM (which is free for the next month). A number of local TV stations (WABC, WPVI, WPIX, News12 and NJTV) and radio stations (WINS, WCBS 880, CBS-FM, WFAN, New York’s Country 94.7, Alt 92.3 and Q104.3) will also air the show.

As of Wednesday, NJ has recorded over 92,000 confirmed coronavirus cases and 4,700 deaths. The only state to have more cases and fatalities is its neighbor New York.

Bruce Springsteen announced that he is teaming up with other New Jersey native celebrities for a #JerseyForJersey event that will raise money for the NJ pandemic relief fund. Tune in April 22nd on @ABCNetwork! pic.twitter.com/kgOKiqL15y