"In an abandoned world, the only rule is survival" 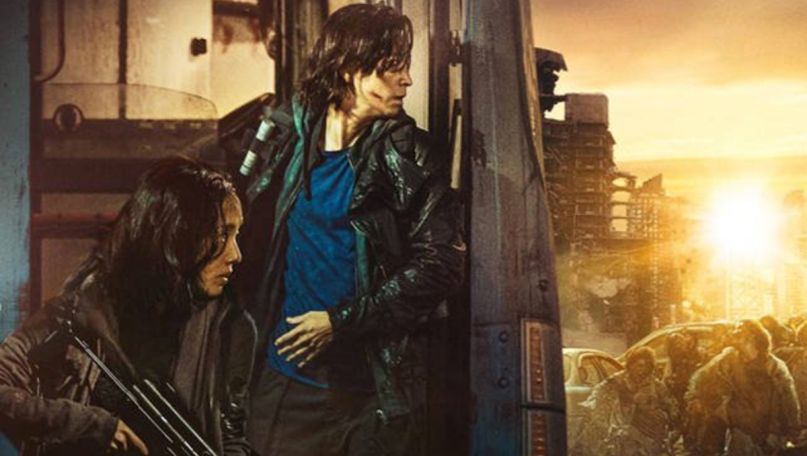 Four years after the Train to Busan derailed at the onset of a zombie apocalypse, the Korean peninsula is an abandoned wasteland of the vicious undead. This is where Peninsula, the highly anticipated sequel to filmmaker Yeon Sang-ho’s 2016 sleeper hit, drops in on the action. Yeon pointed to films like Akira and Mad Max as inspiration for the movie, and the first teaser trailer for Peninsula certainly plays that out.

Focusing on new characters (a la 28 Weeks Later), the film centers on Jung-seok (Gang Dong-won), a soldier who’d managed to escape the Korean peninsula. However, when a covert mission to retrieve an important artifact arises, he’s forced to return to the desolate and dangerous region. Things get even more complicated when his team happens upon a group of survivors and the choice must be made — do they get out together or is it everyone for themselves?

Just like Train to Busan explored classism in South Korean culture, expect Peninsula to examine deeper concepts under its zombie bitten exterior. According to the official synopsis, “… their lives will depend on whether the best — or worst — of human nature prevails in the direst of circumstances.”

Peninsula was originally set to debut at the 2020 Cannes Film Festival, but coronavirus has put those plans on hold (despite YouPorn’s offer to help out). A release date has yet to be set, but you can check out the Peninsula trailer below.

Previous Story
Fountains of Wayne’s Adam Schlesinger Brought Wonder to That Thing You Do!
Next Story
Mavis Staples Reunites with Jeff Tweedy for New Song “All in It Together”: Stream
Popular
More Stories
[fu-upload-form form_layout="media" title="Submit Your Photo"][input type="hidden" name="ugc" value="1"][/fu-upload-form]