The best and worst students of the Xavier School for Gifted Youngsters, from X-Men to Days of Future Past 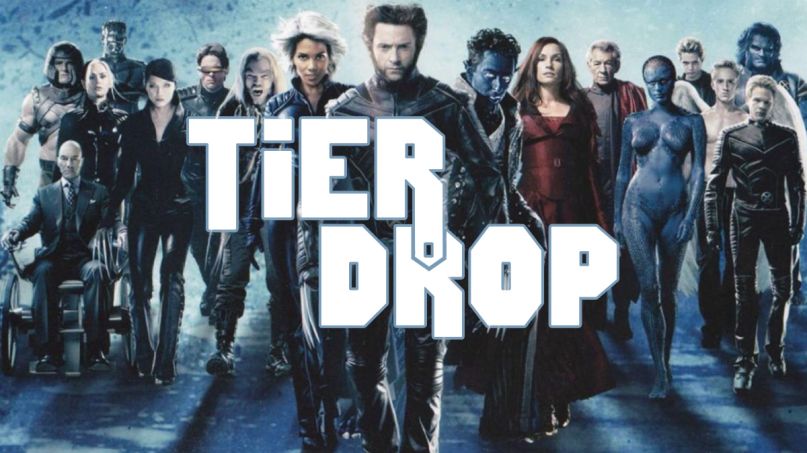 20 years ago, comic book movies either featured guys showing off their red underwear or their bat nipples. Then came the first X-Men film, and neither cinema nor culture have ever been the same. Despite that legacy, though, not every character to wear an X has been truly worthy of hero stature. That’s why this week on Tier Drop on Twitch, we’re ranking every member of the X-Men — but only from the original timeline.

Okay, to clear it up for the non-geeks: There are numerous X-Men movie timelines, thanks to retconned prequels (X-Men Origins: Wolverine) and loosely connected spin-offs (Deadpool). They’re all vaguely connected, most clearly via the Prime Trilogy (X-Men, X2: X-Men United, and X-Men: The Last Stand) and the Beginnings Timeline (X-Men: First Class, X-Men: Apocalypse, and Dark Phoenix). Connecting the two is the acclaimed X-Men: Days of Future Past, which was released after First Class and featured characters from both timelines.

All told, that’s a lot of X-Men, and different versions of some characters appear in both series. So, to keep things simple, we’re only looking at the Prime timeline — including those appearing in DoFP. Today, Tuesday April 14th at 6:30 p.m. EDT/3:30 p.m PDT, Video Director Perry Froelich, Content Strategist Ben Kaye, and contributor Dan Yergert will look at everyone from Wolverine to Blink and decide which X-Men we’d want on our dream team.

Head to Twitch to catch it all. You can also check out the rest of our new Twitch programming all week, including watch-alongs with our podcasts The Horror Virgin, The Losers’ Club, and Halloweenies, plus our review show COVID-EODROME.