As premiered on The Tonight Show 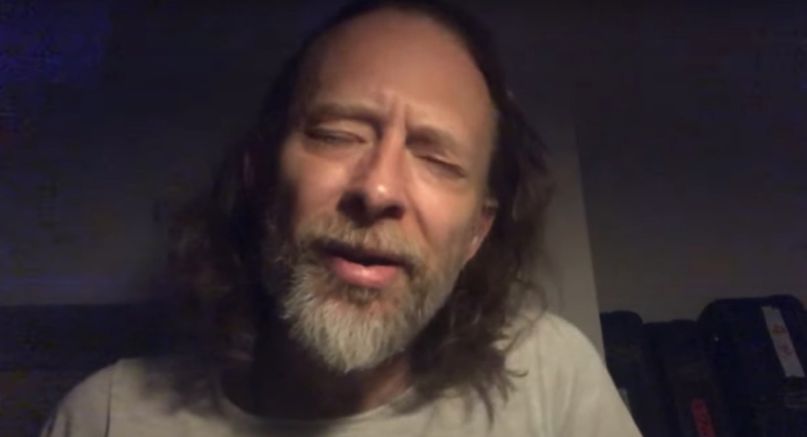 Thom Yorke on The Tonight Show

Thom Yorke delivered the goods on Wednesday night, using his appearance on The Tonight Show to debut a brand new song called “Plasticine Figures”. The Radiohead frontman performed the stark piano ballad remotely, in a dimly lit room full of guitar cases. Watch the replay below. Yorke also shared the song’s lyrics and chords in a tweet posted prior to the performance.

While neither Fallon nor Yorke offered details on the song’s origins, a YouTube description says it is “newly finished.” So it appears he’s spent at least some of his time in isolation writing new music. Whether or not the song is a solo composition, or the early makings of a track for Radiohead remains to be seen.

Yorke released his third solo album, Anima, in June 2019. Had it not been for a global pandemic, he would currently be touring the US in support of the LP. Instead, he postponed those dates until the fall.

In related news, Yorke is curating a new digital radio station called “In the Absence Thereof” for Sonos.