The pair of concerts, also set to feature Helmet and Russian Circles, will be rescheduled 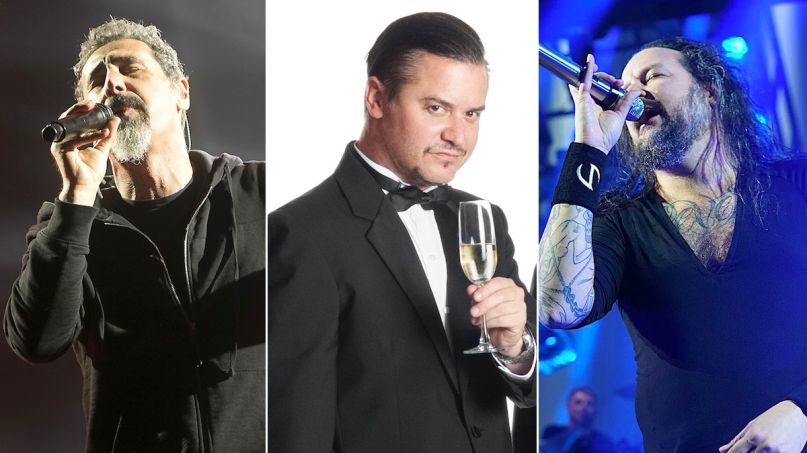 System of a Down, photo by Raymond Ahner / Faith No More / Korn, photo by Jon Hadusek

System of a Down’s highly anticipated two-night stand with Faith No More and Korn at Los Angeles’ Banc of California Stadium has been postponed due to the coronavirus pandemic.

The concerts, set to take place May 22nd and 23rd, were also slated to feature Helmet and Russian Circles. The full roster made for an impressive lineup of celebrated rock and metal acts, billed as “Five Bands, Two Nights of Galactic Proportions.”

The bands jointly promised that the shows would be rescheduled, issuing the following statement:

“Our upcoming Banc of California stadium shows on May 22 & 23 are proactively being rescheduled out of an abundance of caution for our fans, crew, and venue staff. As soon as we have the new dates finalized, we will inform everyone, and all tickets will be honored accordingly. For further ticket information, visit livenation.com/ticketrelief or your point of purchase.”

The initial tease of the Los Angeles shows stirred up much excitement when fans speculated that the three marquee bands would be announcing a full tour. While it only ended up being two shows in Los Angeles, Faith No More and Korn did announce a co-headlining summer tour a short time later. The North American outing is scheduled to kick off in early August, with no updates yet regarding its status.

The decision to reschedule the L.A. shows is unsurprising as dozens of tours, concerts, and festivals have been postponed or canceled due to the COVID-19 pandemic. Keep up to date on the latest announcements with this list of affected events.

An important message regarding our May 22-23 shows in Los Angeles, CA.

We deeply appreciate your patience, & when we have a better idea of social gathering guidelines, we will confirm & announce the rescheduled dates. In the meantime, please stay safe. https://t.co/asvzaHKPBK pic.twitter.com/G92kgYpD8v