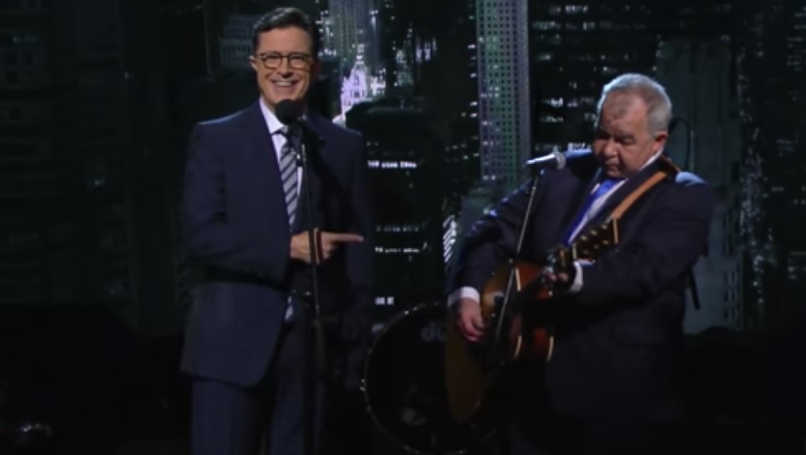 Across the entertainment landscape, people are sending their best wishes to John Prine and his family. The folk icon is currently on a ventilator in “stable” but “critical condition” after being hospitalized with COVID-19 symptoms. During last night’s Late Show (re-dubbed A Late Show), host Stephen Colbert took a moment to send a message to his “friend” and share one of his happiest moments with Prine: a previously unaired duet of the pair singing “That’s the Way the World Goes Round”.

“Last week, our friend — and yours — the musical great John Prine was placed on a ventilator with coronavirus symptoms,” began Colbert. “My thoughts are with John and his wife, Fiona, and his family. And everybody out there touched by this virus.”

He then introduced “one of the happiest moments I’ve had on my show or any show,” his duet with Prine from 2016. The clip itself opens with Colbert asking to join Prine in a song, telling the audience, “We’ll probably do this for the internet. Unless, you know, something terrible happens and we have to cheer up the world on the TV show.”

Well, that certainly sounds like right now, so watch Colbert and Prine’s touching performance of “That’s the Way the World Goes Round” below.