Among the 13 guitars are two limited-edition Dave Grohl models 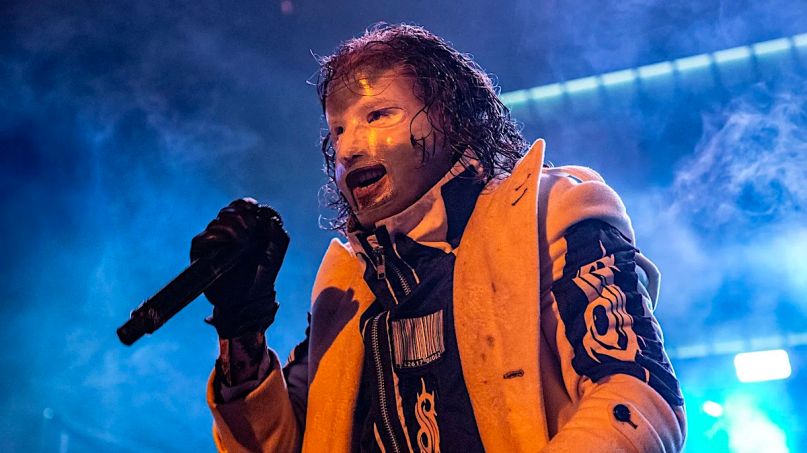 Corey Taylor is parting with some of his prized possessions to help benefit COVID-19 response efforts. The Slipknot / Stone Sour frontman has teamed up with eBay to launch an auction featuring 13 guitars from his personal collection.

Other instruments include a Gold Top Gibson Classic Les Paul; a tan Fender Acoustic; and a black SDGR Bass.

Each guitar has been signed by Taylor and comes complete with a certificate of authenticity and a case. Proceeds will benefit the COVID-19 response charity Direct Relief, which provides PPE and essential medical items to health workers on the frontlines of the pandemic.

Slipknot are one of the many acts who have altered their touring plans due to the pandemic. The band postponed a tour of Asia, including their own Knotfest Japan festival, which has since been rescheduled for January 2021. As of now, there’s been no official announcement regarding their North American “Knotfest Roadshow” tour, which is scheduled to kick off May 30th. However, chances are very likely that the outing will be affected by the pandemic.

Taylor recently weighed in on the future of concerts following the COVID-19 pandemic. He surmised that there’d initially be some “paranoia” on the part of fans in attending shows, but eventually there’d be an “explosion of live entertainment.”

See pics of Corey Taylor’s aforementioned limited edition Dave Grohl model guitars below, and bid on all 13 guitars at eBay.