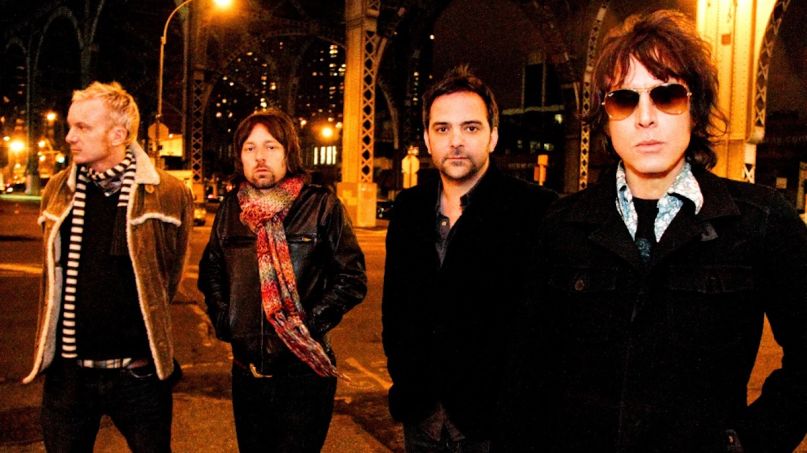 Fountains of Wayne will reunite this Wednesday to pay tribute to Adam Schlesinger, their bassist and primary songwriter who recently passed away from COVID-19, at the benefit show Jersey 4 Jersey. It marks the band’s first live performance in seven years, and they’ve tapped Sharon Van Etten to join them onstage for the occasion.

The Jersey 4 Jersey benefit show is a one-night broadcast fundraiser in support of The New Jersey Pandemic Relief Fund, which fights the medical, social, and economic impact of COVID-19 in the state’s most vulnerable communities. Other celebrities will be stopping by via video in addition to Fountains of Wayne and Sharon Van Etten, including Bruce Springsteen, Jon Stewart, SZA, Tony Bennett, Jon Bon Jovi, Danny DeVito, Halsey, Chelsea Handler, Charlie Puth, Chris Rock, and more.

Considering dozens of artists have honored Schlesinger following his passing — Ben Gibbard, Green Day’s Billie Joe Armstrong, and even Conan O’Brien have all paid tribute — it’s only logical that Fountains of Wayne finally get a platform to do the same. “Brian, Jody, and I are honored to be part of the Jersey 4 Jersey benefit, and grateful that Sharon was able to perform with us,” singer-guitarist Chris Collingwood said in a press release. “Adam would have been proud that Fountains were helping to raise money for fellow New Jerseyans.”

“As a New Jersey native, it means so much to me to participate in the NJPRF charitable event that gives back to this community,” added Van Etten. “Adam was an incredible songwriter and I am truly humbled to join Fountains of Wayne in his honor.”

Fountains of Wayne were smart to invite Sharon Van Etten to join them. Not only has she shared two excellent new songs this year, but she’s also still riding high on 2019’s Remind Me Tomorrow, the New Jersey singer-songwriter’s fifth record overall and one of the best albums of the decade. It’s safe to say seeing her perform that material live when she tours later this year will be a real treat. Find tickets to all of her upcoming concerts here.