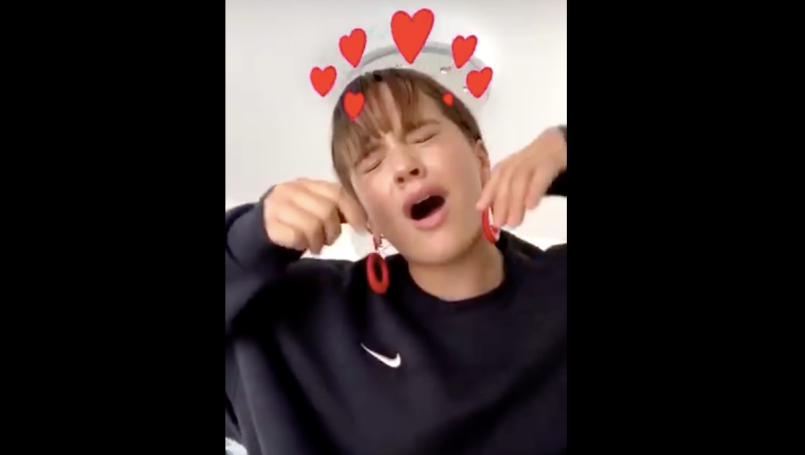 On Thursday, Rosalía threw a solo karaoke party from quarantine, singing personal favorites and fan requests over her Instagram stories.

As Billboard notes, the Catalan pop star told her fans that, “I woke up wanting to go to karaoke but since I can’t, I thought I’d sing from home.” She got the party started with the flamenco classic “A Tu Vera”, and then launched into a set that included several costume changes, improvised ‘microphones’ made out of water bottles and tubes of lotion, and a bit of fun with Instagram filters. She found an introspective tone on Frank Ocean’s “Dear April”, leaned into the sensuality of Ariana Grande’s “God Is a Woman”, and powered through “Halo” by Beyoncé.

It’s all in fun, but some of her karaoke choices may have mild real-world consequences. For her take on Billie Eilish’s “when the party’s over”, Rosalía tagged both Eilish and her brother FINNEAS, and referenced a collaboration between the three of them, which Rosalía had recently suggested was almost finished. Apparently, the ball is in the Eilish siblings’ court. “Send the vocals, bix,” Rosalía said. “Send the project. First warning.”

Rosalía is still riding high after her Grammy win for El Mal Querer. So far this year she’s released two new songs, “Dolerme” and “Juro Que”, and earlier this year she killed it with her Austin City Limits performance.

Rosalía's the best singer of this generation without even trying, how does she do itpic.twitter.com/xprxdcFsXI

.@rosalia covered @billieeilish today and everyone I know needs to have access to this double angel blessing. To me, this is a hug from the music gods. pic.twitter.com/5Wlv62LdGq

Woke up to see Rosalía calling Xtina the best voice in the world OMFG this gave me all the serotonin i needed for an entire week 😭 pic.twitter.com/VlVeO8dCtE