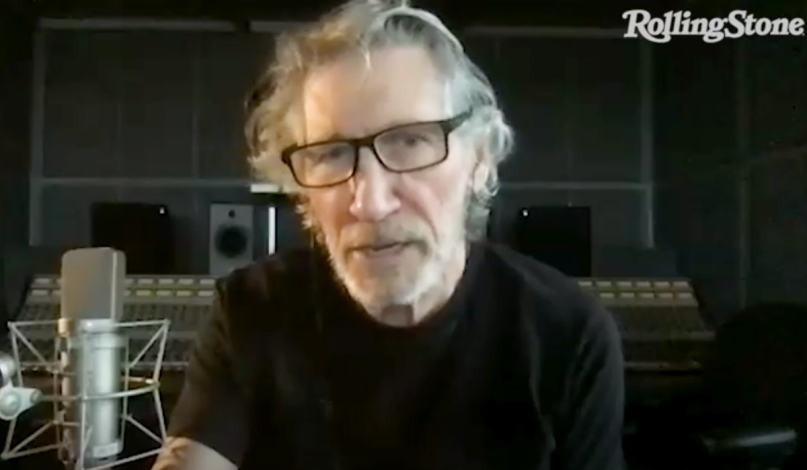 In a new interview, Roger Waters said that reuniting with his old band Pink Floyd “would be fucking awful.”

Through a video chat with Rolling Stone’s Brian Hiatt, Waters spoke about a recently failed “peace summit” with surviving Pink Floyd band members Nick Mason and David Gilmour. According to Waters, “I wrote out a sort of a plan because we’d come to sort of a — I don’t really want to talk about this — but my plan didn’t bear fruit.”

It wasn’t even a particularly ambitious plan. He continued, “This was just, ‘Can we release the remastered vinyl version of Animals without it turning into the Third World War?’ Wouldn’t that be nice? I actually suggested going democratic. I said, ‘Why don’t we just have a vote? There’s only three of us…’ No, no, they wouldn’t have that. God knows why. Not that there is a God — you know what I mean?”

Now, the Rock and Roll Hall of Famer made it quite clear that he’s not interested in anything like a Pink Floyd reunion. He said,

“No, it wouldn’t be nice. It would be fucking awful. Obviously if you’re a fan of those days of Pink Floyd, you would have a different point of view. But I had to live through it. That was my life. And I know in the wake of it, I’ve been cast as something of a villain by whoever, whatever, I can live with that. But would I trade my liberty for those chains? No fucking way.”

Elsewhere in the interview, Waters discussed his unfortunately postponed tour, as well as his distaste for Donald Trump, his lack of enthusiasm for Joe Biden, and more. Watch the full video below.

Even if an Animals reissue is too much to ask, Pink Floyd are still able to get some stuff done. During quarantine, the band has announced a YouTube concert series.

Earlier this month, Waters paid tribute to John Prine and covered the protest anthem “The Right to Live in Peace”, while David Gilmour and his family covered two songs by Leonard Cohen.