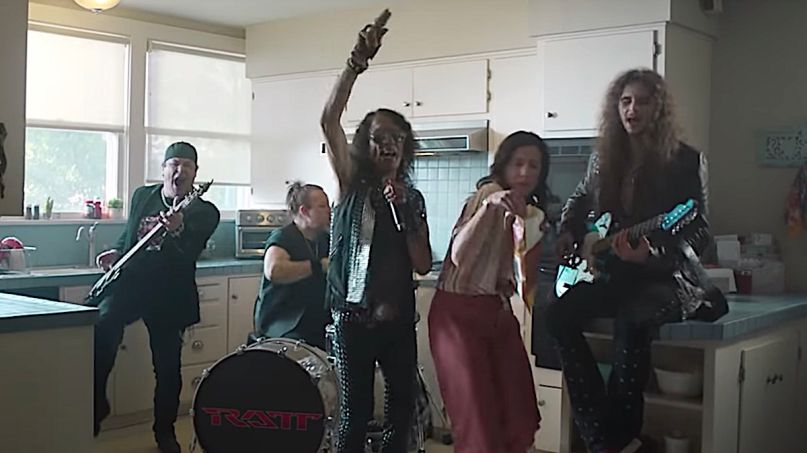 The commercial starts out with the couple saying how much they enjoy their new home, while admitting they do have a “RATT problem.” It then cuts to frontman Stephen Pearcy and company performing their signature song “Round and Round” in the basement. From there, RATT make their way into the kitchen and the bathroom as the wife and husband try to navigate their way around the band.

While probably filmed a little while ago, the commercial provides a nice little financial boost to RATT as the concert industry remains shut down due the COViD-19 pandemic.

That said, RATT are slated to headline the Big Rock Summer Tour, also featuring fellow hair-metal veterans Skid Row, Slaughter, and Tom Keifer of Cinderella. As of now, the North American outing is scheduled to take place over two legs, with the first beginning in early June and the second launching in late August. Pick up tickets here.

Appropriately enough, RATT’s last album was 2010’s Infestation. “Round and Round” appears on the band’s multiplatinum 1984 debut, Out of the Cellar — another title that conveniently ties in with the commercial.