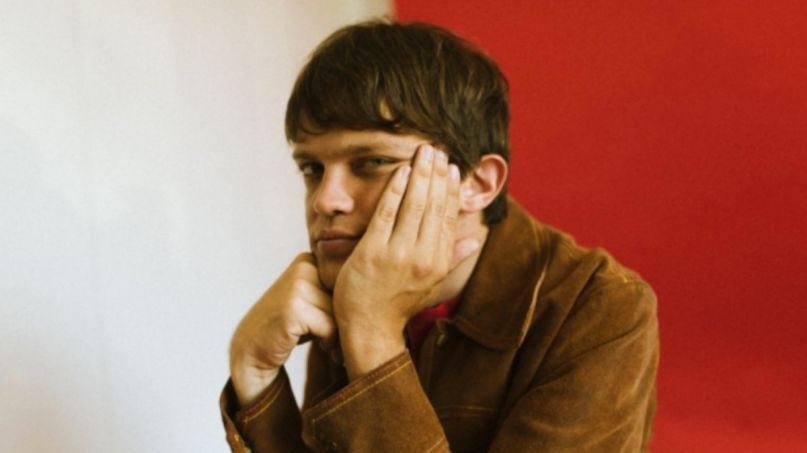 With all tours and events grounded because of the coronavirus, artists have been using livestreaming to stay close to their fans. Today’s schedule promises performances from M. Ward, William Tyler, and David Bazan; a new episode of Bethany Cosentino’s radio show featuring special guest Hayley Williams; and a livestream of the original Twin Peaks broadcast.

La Blogothèque is offering a new spin on its beloved “Take Away Shows” with “Stay Away Shows”. As they explain it, “We want our entire community and all music lovers to have access to their favourite artists and discover new talents during the confinement period. That’s why we’re launching the ‘Stay Away Shows’. Every day, at 7pm Paris time, 2pm NYC time, 11am LA time, on our Instagram, friends from The Blogothèque will come and play a live show with a lot of surprises. Please, stay home, stay safe.”

M. Ward will celebrate the release of his new album, Migration Stories, by performing live for NPR Music.

AWOLNATION will perform an acoustic set live on Instagram.

“Pickathon: A Concert A Day”

Pickathon Music Festival has announced “A Concert A Day”, an initiative to help musicians and artist communities through the Recording Academy’s MUSICARES organization. During this time of hardship, with so many artists unable to tour and so many people stuck at home, Pickathon is opening the vaults to premiere one full concert a day for 60 days, streaming for free on Facebook, Amazon Music’s Twitch channel, and on YouTube.

Today’s performance is of Drive-By Truckers from 2017.

CORonTV is hosting a Twin Peaks marathon in celebration of the show’s 30th anniversary, chock full of “rare” Peaks-related content. Among the gems, however, is a stream of the pilot exactly as it premiered on ABC on April 8th, 1990, complete with all the vintage commercials to make you feel both nostalgic and old.

Brendan Benson’s “Boy in a Bubble”

The Raconteurs’ Brendan Benson has announced “Boy In A Bubble”, a daily series of livestreamed solo performances. Benson will perform one song per day, pulling from all points of his storied career and premiering material from his upcoming solo album Dear Life.

Amanda Shires’ “I So Lounging”

Amanda Shires has been staging daily live performances on YouTube with her husband Jason Isbell. Past performances have featured songs from her collaborative project The Highwomen and a cover of Warren Zevon.

Pedro the Lion frontman David Bazan will perform songs from his home live on Twitch.

Drew Holcomb is making the most of his time in self-quarantine by creating the “Kitchen Covers” series that streams every evening at 9:00 p.m. EST via Instagram and Facebook. So far, he’s covered songs by The Avett Brothers, Tom Petty, U2, and Kenny Rogers.

The Frights will perform their album You Are Going to Hate This live on Instagram.

Each evening at 10:15 p.m. EST, Jeff Tweedy and his family perform on their @stuffinourhouse Instagram page.

Julian Koster, of The Music Tapes, Neutral Milk Hotel and The Elephant 6 Collective, is bringing a “show of songs, stories, and games from [her podcast] The Orbiting Human Circus and The Music Tapes and more” to YouTube at 10:30 PM ET. She’ll be broadcasting live from Tokyo.

In a series he’s calling “Musical Everydays,” Rufus Wainwright is performing one song from his catalog everyday on piano. Early installments have seen him play “Grey Gardens”, “The Art Teacher”, and “Vibrate”.

“In these dire times, I want to share some music with you all from the warmth and comfort of our home in Los Angeles. Hopefully you’re at your homes with your loved ones as well. We have to stay positive and I feel that music and art are a large part of what gets us through times like these. It’s even more essential to be reminded about what it really means to be human: compassionate, caring, creative,” Wainwright says.

From April 2nd-9th, the Los Angeles venues are gathering together for a virtual week-long festival featuring indie artists to support them during the COVID-19 crisis. Explore virtual stages from venues like The Hotel Cafe and more, all while supporting Recording Academy’s MusiCares Emergency Financial Assistance Fund.

Each day, Red Hot Chili Peppers’ Chad Smith posts a video of himself drumming along to a classic song.