Puddle of Mudd’s Cover of Nirvana’s “About a Girl” Goes Viral for All the Wrong Reasons: Watch

Singer Wes Scantlin's high notes are nothing but low moments 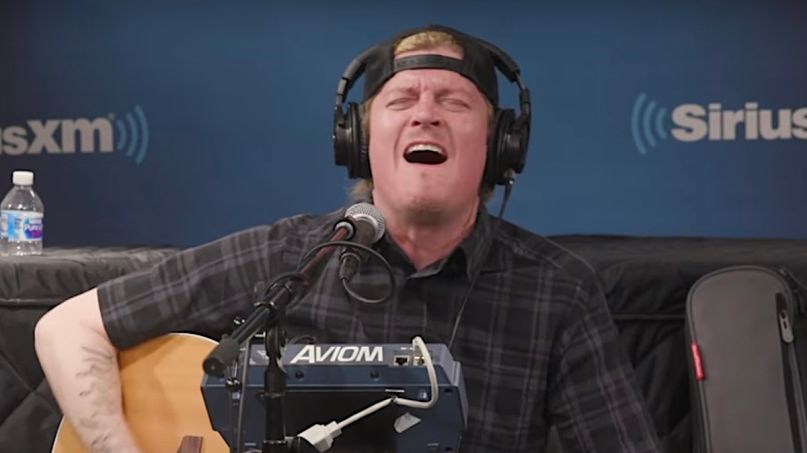 It’s no secret that Puddle of Mudd are influenced by Nirvana. From their start, frontman Wes Scantlin drew comparisons to Kurt Cobain, both in his voice and his look. That said, the band’s recent cover of Nirvana’s “About a Girl” is an exercise in grunge gone wrong.

Back in January, Scantlin and company performed an acoustic version of Nirvana’s “About a Girl” for SiriusXM radio. While the band itself sounds fine instrumentally, Scantlin’s voice is painfully strained throughout, as he goes full pubescent Peter Brady on the high notes (see The Brady Bunch classic “Time to Change”, kids). Yeah, there’s definitely elements of Cobain’s voice in Scantlin’s singing, but the Puddle of Muddle singer is woefully off-key throughout.

While the clip is a few months old, it only recently started to go viral, surpassing 1 million views on YouTube. As of this posting the dislikes (16,000) outweigh the likes (2,400) by a nearly 7 to 1 margin. In fact, the clip is actually “unlisted” on YouTube so it doesn’t show up in a search, but can still be seen below.

Scantlin had a rough run of it for about a decade, getting into trouble with the law on numerous occasions and becoming a staple figure on TMZ. Last year, the band returned with Welcome to Galvania, its first album in 10 years, as Scantlin vowed that his troubles were behind him.

Watch Puddle of Mudd’s questionable take on “About a Girl” below, and then see how the master Kurt Cobain performed the same song during Nirvana’s legendary Unplugged performance.

UPDATE, April 20th: Scantlin has responded to criticism of his performance via Instagram, stating that “toxic people are a waste of time.”