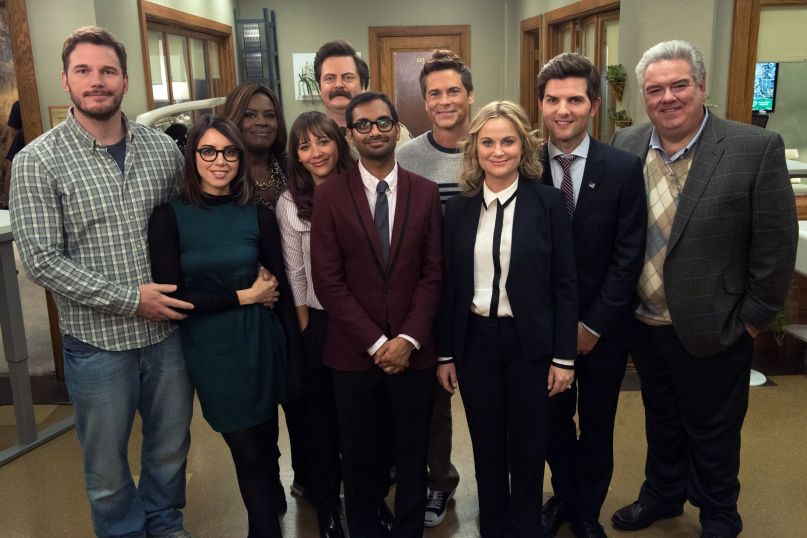 Parks and Recreation is returning for a 30-minute scripted special benefiting Feeding America. The episode is set to air on NBC on Thursday, April 30th at 8:30 p.m. ET/PT.

Parks and Rec co-creator Mike Schur himself wrote the episode himself, which is inspired by the events of the day. “Pawnee’s most dedicated civil servant, Leslie Knope (Poehler), is determined to stay connected to her friends in a time of social distancing,” the official logline reads.

“Like a lot of other people, we were looking for ways to help and felt that bringing these characters back for a night could raise some money,” Schur said in a statement. “I sent a hopeful email to the cast and they all got back to me within 45 minutes. Our old Parks and Rec team has put together one more 30-minute slice of (quarantined) Pawnee life and we hope everyone enjoys it. And donates!”

The special is raising money for Feeding America’s COVID-19 Response Fund. Already, NBCUniversal and the cast and producers of Parks and Rec have pledged $500,000 in matching donations. State Farm and Subaru are also donating $150,000 each.

The beloved comedy ran for seven seasons between 2009 and 2015. During an on-stage reunion at the 2019 PaleyFest, Schur addressed the possibility of a reunion, saying, “Everyone on this stage — and like six other people — would have to feel like there was a story that needed to be told.”