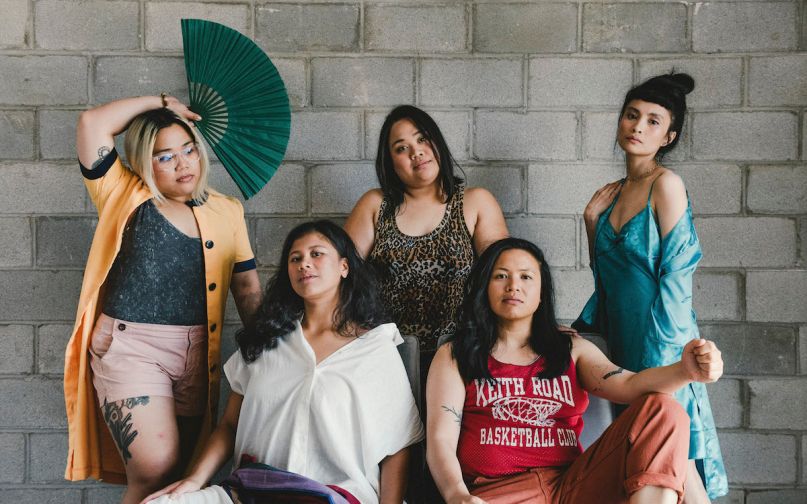 Pantayo are making a name for themselves by deconstructing Filipino kulintang music with a punk sensibility and gorgeous synth pop melodies. The Toronto-by-way-of-the-Phillipines quintet will release their self-titled debut album on May 8th, and have now shared the new single “V V V (They Lie)”.

Kulintang is traditionally composed on a row of horizontal drums, a bit like a xylophone made out of gongs. Pantayo combine that foundation with their other musical loves to express their experiences, both as individuals and as queer immigrants. “V V V (They Lie)” seems to be about street harassment. “One day we was walking by,” the verse begins, when the narrator heard someone say, “Fuck you/ Really, really fuck you.” The chorus suggests the band doesn’t expect this person to ever admit to such behavior. “They lie, they don’t ever tell the truth/ No they never tell the truth/ ‘Cause it don’t look good, oh.”

But while “V V V (They Lie)” may have come from a moment of ugliness, the writing of the song was a refreshing experience, inspired in part by bubble tea. The band said in a statement,

“The composition of the song was as a lot like a cup of bubble tea. We added 2 cups of blended percussion as the base, then some analog synth tapioca pearls to keep the texture interesting and fun, and finally topped it off with a few tablespoons of fresh tropical vocal fruits for some added sweetness.”