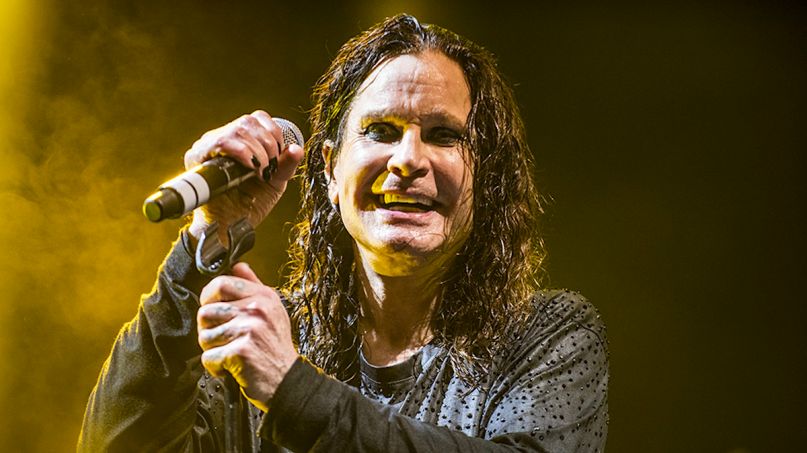 Ozzy Osbourne recently went to Panama to receive a stem-cell treatment as he battles Parkinson’s disease and continues to recover from a serious fall he had at home last year. Now, his daughter Kelly reports that the results of the treatment have been “mind-blowing” and that Ozzy’s “symptoms are lessening.”

The metal icon revealed earlier this year that he was actually first diagnosed with Parkinson’s disease in 2003. However, it was his fall at home last year that forced him to cancel his 2019 tour dates. The singer needed spinal surgery after dislodging metal rods that were inserted in his body years earlier following an ATV accident.

Prior to the coronavirus pandemic, Ozzy had already canceled his 2020 North American tour, which had been rescheduled from 2019, in order to seek treatments for Parkinson’s and his spinal injuries. One such treatment was a stem-cell procedure in Panama a few weeks ago.

“Seeing after one treatment of stem cell what has happened and the progress that he’s made is mind-blowing,” Kelly told Entertainment Tonight. “He wants to get up. He wants to do things. He wants to be part of the world again. He’s walking better. He’s talking better. His symptoms are lessening. He is building the muscle strength back that he needs after his spine surgery.”

Kelly added that Ozzy is finally ready to get out and about, but now he has to stay home due to the COVID-19 pandemic. “Everything is starting to fall into place now and it has given us so much hope,” she said. “We are very grateful to the doctors that are helping him. He’s ready to get out of the house and now he can’t get out of the house. He keeps saying to me, ‘I’ve been on quarantine for almost two years, and now I’m feeling better and the world is on quarantine.'”

Ozzy was also slated to travel to Switzerland later this month for additional medical treatments but that trip is now on hold due to the pandemic. Sharon Osbourne shared that news on The Talk, along with revealing that their daughter Aimee was recently rushed to the hospital for an appendectomy.

Meanwhile, Kelly also reiterated to Entertainment Tonight that the family is very close to reviving The Osbournes TV show “but due to this pandemic, everything is on hold.” She added, “There’s another generation of us and I think it’s just a retrospective showing where we are now, versus where we [were]. I think people really want to see it.”

Ozzy recently released Ordinary Man, his first solo album in 10 years. As of now, his fall European tour with support from Judas Priest is still on schedule.

See Kelly Osbourne on Entertainment Tonight and Sharon Osbourne on The Talk discussing the aforementioned topics in the clips below.