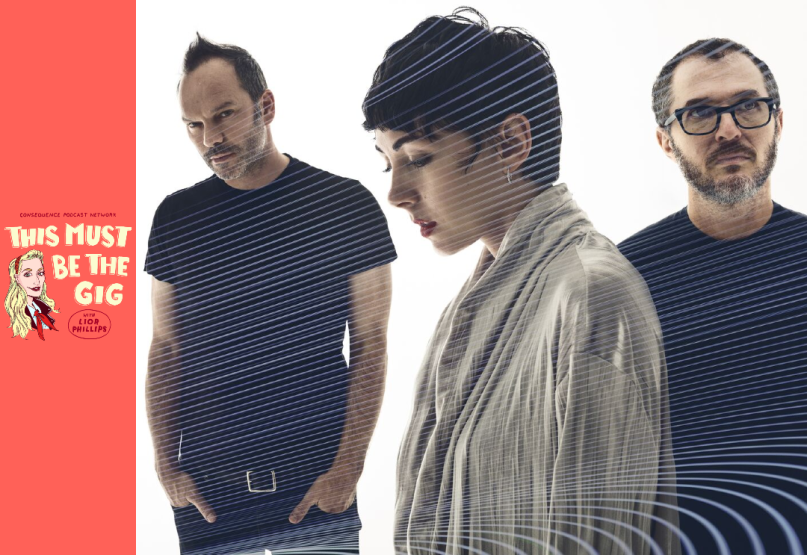 This Must Be the Gig - Ultraista

Fresh off the March 13th release of their new album, Sister, Nigel Godrich and Laura Bettinson of Ultraísta join This Must Be the Gig to premiere their brand new short film directed by the band and filmed throughout London. Featuring a series of interconnected videos for songs off the record, and using the London Underground as a route between the tracks, Bettinson hops off at appropriately color-coded locales to deliver the vibrant electronic jams in a variety of surreal environments.

The short film fits the wide-screen cinematic heights of Sister, each and every moment composed and controlled by the trio. The album started off as a series of improvisations, Bettinson layering a few vocal loops, Joey Waronker finding a beat to match, and Godrich stitching it all together with galvanized synths and sculpting the arching shapes in the studio.

The video segments for the resulting material feel similarly intimate and organic, and freeze-framing any one moment will reveal an immaculately composed frame. Sister amplifies and strengthens their already assured electronic compositions, a poignant and passionate sci-fi soundtrack for the beautiful surreality of life. The film, then, is a twisting, rhythmic journey with hi-fi production, kinetic turns, and unexpected arrangements.

In the accompanying episode of This Must be the Gig, Godrich and Bettinson dial in with host Lior Phillips to discuss details on the film’s fascinating production, the origins of Sister, their histories as performers and first concerts, and so much more. Watch the short film below, as well as find links to listen to the full conversation wherever you listen to podcasts.