Tiger King and I will include appearances from John Finlay, John Reinke, Jeff and Lauren Lowe, and more 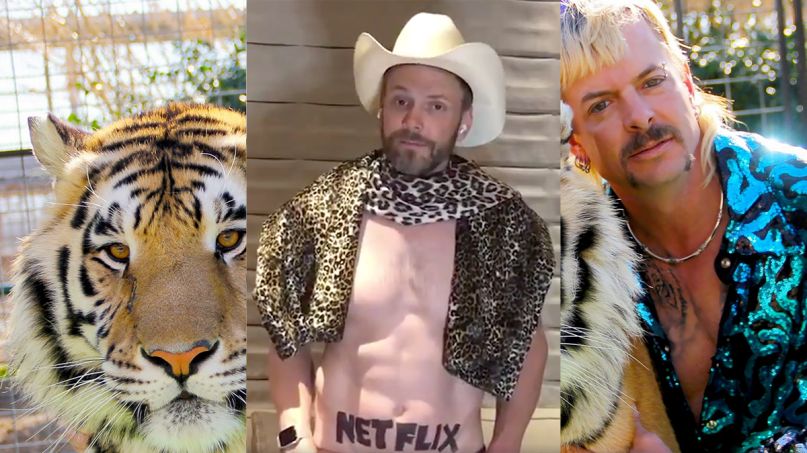 Jeff Lowe told you it was coming, and now Netflix has confirmed the news. Tiger King is getting a bonus eighth episode in the form of an aftershow hosted by Joel McHale.

As McHale said in a video announcing Tiger King and I, he’ll be checking in with each guest “to see what’s happened in their lives since the release of the series.” Notably, Joe Exotic himself won’t be part of the show, as he’s currently in jail for numerous animal rights charges and hiring a hitman to kill his rival, Carole Baskin, who also won’t be present. Baskin has taken issue with how the Netflix docuseries insinuates she killed her missing millionaire husband, Don Lewis.

“It’s eye opening and hopefully funny,” said McHale of the special. Forgive the cynicism, but hopefully it’s a bit more revealing too, as Kirkham has stated Joe Exotic was a lot worse than the series depicted, and the Lowes don’t look terribly innocent, either.

Find the announcement video below.