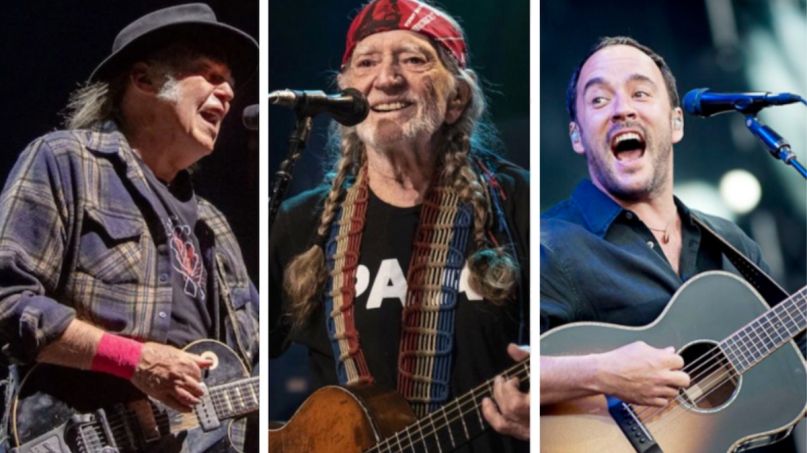 Willie Nelson is on the (digital) road again. Mere weeks after bringing his annual Luck Reunion event online because of the nationwide quarantine, the country legend has announced “At Home with Farm Aid”, a digital concert featuring performances by Farm Aid board members Neil Young, John Mellencamp, Dave Matthews, and Nelson himself.

The livestream will begin this Saturday, April 11th at 8:00 p.m. ET. In addition to the aforementioned artists, Nelson will be joined by his sons, Lukas and Micah, for a few numbers, reports Rolling Stone.

“On the Farm Aid stage last September, my friend and fellow board member John Mellencamp said, ‘Be hopeful about, have faith in and be grateful for right now; the miracle of life is in the dirt under our farmers’ fingernails,’” Nelson said in a statement. “He was right and I’m so grateful for the farmers, ranchers and farmworkers who are on the frontlines sustaining all our communities. Now, more than ever, stay strong and positive.”

Farm Aid held its first event back in 1985 and, ever since 1991, they haven’t taken a single year off. Of course, the coronavirus pandemic could change that if there’s still orders to stay at home by September, the month it’s traditionally held during — in which case At Home with Farm Aid is a suitable backup plan.

“Farm Aid is working hard to support farmers and ranchers in this difficult time,” said Nelson. “We’re making emergency grants to help with household and medical expenses. We’re answering calls on our hotline. We’re creating lists of resources and working with our partners to advocate for policies that build a more resilient food system for the future.”

Maybe there’s a reason Nelson is doing so many livestreams lately. After all, extra practice is probably helping him pass the time until his new album, First Rose of Spring, drops later than anticipated. Once that happens, Nelson will hit the road for a string of US tour dates, a handful of which are part of Chris Stapleton’s “All-American Road Show” tour. Grab tickets to all of his upcoming concerts here.

In the meantime, look back on Nelson’s iconic album Red Headed Stranger with a recent episode of The Opus.