Virtual concert event will be livestreamed this Sunday 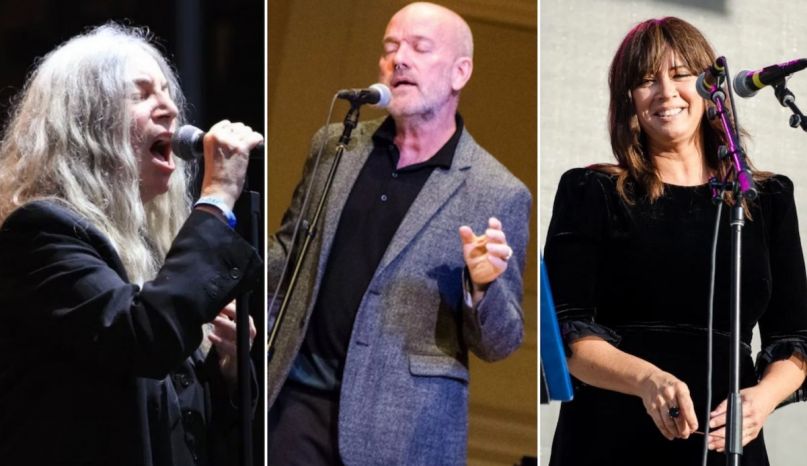 Pathway to Paris will host a special virtual festival this weekend in honor of Earth Day’s 50th anniversary. The lineup will be led by R.E.M. frontman Michael Stipe and Patti Smith, both of whom have played the nonprofit organization’s numerous benefit concerts addressing climate change.

Cat Power, Flea of the Red Hot Chili Peppers, and Ben Harper are also slated to appear, as are Rain Phoenix and The Strokes bassist Nikolai Fraiture. More musicians will be revealed in the lead-up to the event. As with all live performances during this pandemic, viewers can expect artists to broadcast straight from their very own homes.

In an Instagram post announcing the online concert, Pathway to Paris wrote, “As humanity faces an unknown future, we must recognize the fact that we simply cannot go back to our behavior from before. Both as individuals and as a globe, we are in a time of reflection, and now, more than ever, we have the opportunity to make great change.”

“Climate change is a global concern, and we have seen with Covid-19 what can happen when the world truly works together to come up with solutions in a time of crisis,” the message continued. “Let’s treat the climate situation with that same urgency and passion. Let’s not go back to the world as it was. Instead, let’s move into the future with a renewed vision of how we want to live. Let’s do this not only for our children and future generations, but for each other, here today.”

The Pathway to Paris Earth Day 50: A Virtual Festival will be livestreamed online via the organization’s Instagram page. The show kicks off Sunday, April 26th at 4 p.m. ET.

Below, find the full announcement, followed by Stipe’s recent solo single “Drive to the Ocean”, which benefits Pathway to Paris.