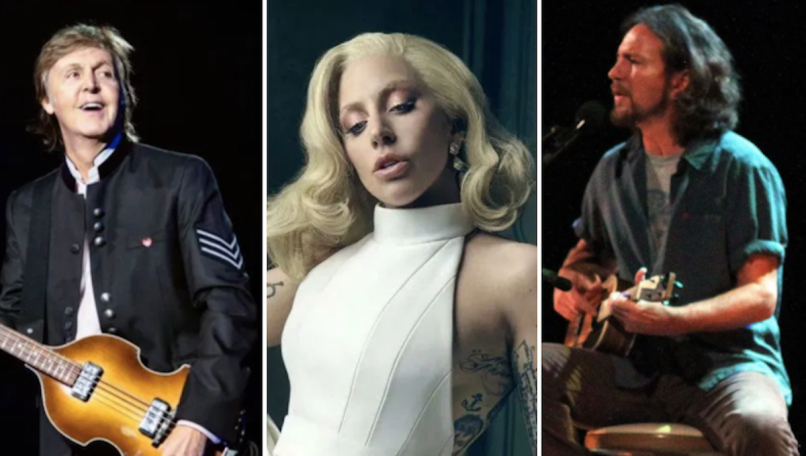 Lady Gaga is curating a coronavirus relief fundraiser featuring Paul McCartney, Lizzo, Eddie Vedder, and approximately every other famous person on the planet. The One World: Together at Home special will air simultaneously on NBC, ABC, and CBS — that’s all of the major networks who didn’t make the pandemic worse — at 8 p.m. ET/PT on April 18th.

As a further show of solidarity, each network will be lending the faces of their late-night franchises. Comedy nerds will have the rare opportunity to watch Jimmy Kimmel, Jimmy Fallon, and Stephen Colbert share hosting duties, although they can’t actually share a stage from their places of quarantine.

In addition to Lady Gaga and the three MCs, the two-hour special will feature at least 24 more celebrity guests. That means, even if producers skip commercials, they’ll be averaging a different famous person every five minutes. Lady Gaga has put together a mind-boggling lineup of athletes, actors, and opera stars, as well as musicians representing pop, punk, grunge, rock, reggaeton, and R&B.

One World: Together at Home is presented by the Global Citizen and the World Health Organization and comes in support of their COVID-19 Solidarity Response Fund. According to WHO, “Donations support WHO’s work to track and understand the spread of the virus; to ensure patients get the care they need and frontline workers get essential supplies and information; and to accelerate efforts to develop vaccines, tests, and treatments.” To date, the charity has raised $35 million for COVID-19 relief efforts.

Prior to today’s announcement, artists including Chris Martin, John Legend, Camila Cabello, H.E.R., and Rufus Wainwright have performed individual livestreams as part of the Together at Home series.

This is hardly the first entertainment industry fundraiser for coronavirus relief, but it’s certainly among the most star-studded. Spotify is trying to raise $20 million for musician aid. Elton John held a living room concert for America, while Dolly Parton is donating $1 million and Rihanna has pledged $5 million.