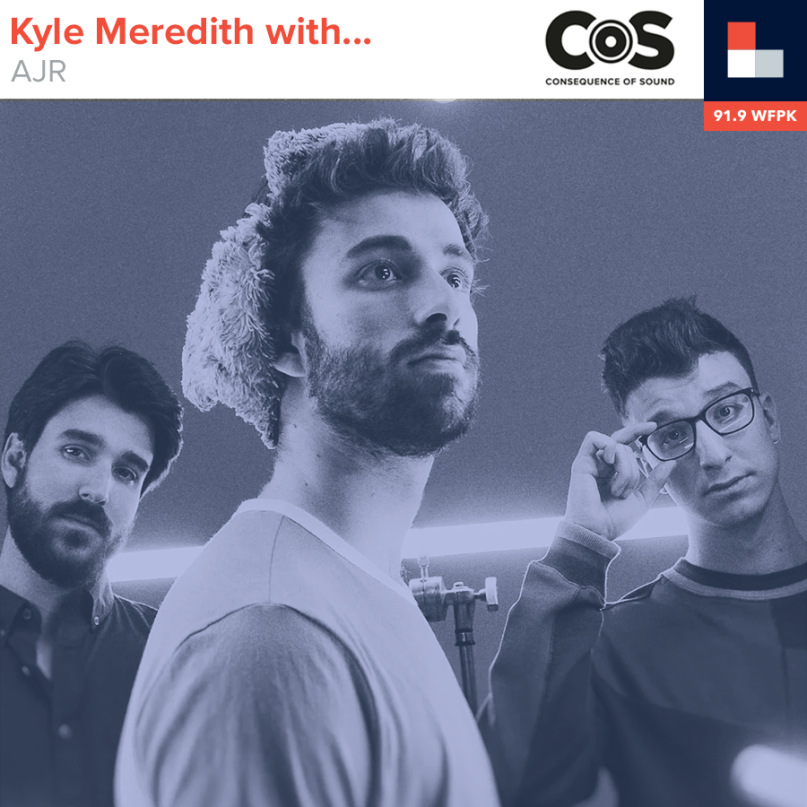 AJR singer-songwriter Ryan Met speaks with Kyle Meredith about the band’s new single “Bang” and last year’s Neotheater. Met discusses the brotherly trio’s ability to produce musically adventurous sounds, the fun of being self-referential, and their penchant for writing about growing up. He also weighs in finding emotional depth in pop culture, be it The Office or Beats by Dre; how they’ve sampled everywhere from the NYC subway system to David Lynch’s Eraserhead; and their aversion to what they call homogenized music.