Rob Halford: "British Steel was a really simple, direct moment of creativity for the band" 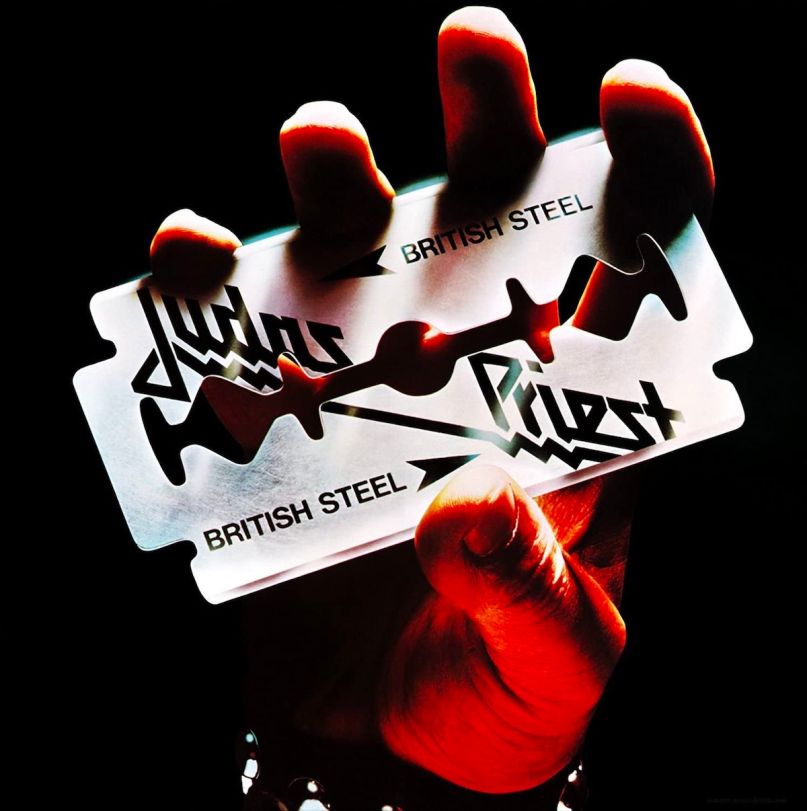 There are certain years in which an impressive amount of classic hard rock and heavy metal albums arrived all at once. One of those years is 1980, when Judas Priest’s metal opus British Steel was released along with AC/DC’s Back in Black; Rush’s Permanent Waves; Van Halen’s Women and Children First; Ozzy Osbourne’s Blizzard of Ozz; Black Sabbath’s Heaven and Hell; Motörhead’s Ace of Spades; and Iron Maiden’s self-titled debut, among others.

From 1974 through 1979, there were few metal bands on the planet that were as heavy as Priest –- Rocka Rolla, Sad Wings of Destiny, Sin After Sin, Stained Class, Killing Machine (titled Hell Bent for Leather in the U.S.), and Unleashed in the East were issued during this span. However, the UK metal act (comprised of singer Rob Halford, guitarists KK Downing and Glenn Tipton, bassist Ian Hill, and a rotating cast of drummers) had yet to score a true global commercial breakthrough by the time the ’70s ended. While Unleashed in the East did peak at an impressive No. 10 on the UK charts, it only managed a meager No. 70 in the United States.

Satisfied with the sonics of Unleashed, the band re-enlisted producer Tom Allom to oversee what would be their sixth studio album overall. Fresh off tours supporting KISS in the States and AC/DC in Europe, the Birmingham band set up shop in a small British town, Ascot, to record the album. But they didn’t choose your average/ordinary recording location – they rented Ringo Starr’s mansion, Tittenhurst Park (which had previously belonged to John Lennon and Yoko Ono). Although equipped with a recording studio (called Startling Studios), Priest instead opted to record throughout the house.

Another important happening around this time for the band was welcoming drummer Dave Holland into their ranks. Formerly a member of Trapeze, Holland’s straight-ahead drum style fit their more focused direction perfectly, and for quite some time, served as Priest’s longest-tenured drummer (as he occupied the drum throne throughout the rest of the decade, until being replaced by Scott Travis in 1990).

The key at the time for hard rock bands to achieve breakthrough commercial success was to offer up a melodic tune that could be played on mainstream radio and would carry over to the charts. Case in point, AC/DC with “Highway to Hell”, Van Halen with “Dance the Night Away”, Cheap Trick with “I Want You to Want Me”, etc. And while British Steel (whose title was a tip of the cap to their hometown, known for its steel production) did indeed contain mostly hard rockers aimed straight at headbangers, there were two tracks in particular that remain to this day among Priest’s most played radio tunes — “Breaking the Law” and “Living After Midnight”.

The U.S. tracklist of the album was slightly different than the UK one, but we will go with the UK version (since that is the listing replicated on subsequent reissues over the years). Kicking things off with one of the band’s all-time great openers (perhaps only second to “The Hellion/Electric Eye”), “Rapid Fire”, as its title states, is an unrelenting metallic rocker which kicks your keister from beginning to end.

Up next is an anthem that would soon become a live highlight/standard for the band, “Metal Gods”, which led to others (and even the man himself!) referring to Halford with the rather fitting nickname “Metal God.” And then…one of Priest’s most recognizable tunes, “Breaking the Law” – which features lyrics about a down-and-out bloke running amok, an instantly memorable up-and-down chromatic guitar riff, and one of metal’s all-time great scream-along choruses.

One of the album’s more underrated tunes follows, “Grinder,” which includes great guitar bits throughout, before side one of the vinyl version closes with a tune that was obviously intended to be an anthem, “United”. However, while most metal anthems are quite lively (“Back in Black”, “Running Free”, “Detroit Rock City”, etc.), “United” is surprisingly glum-sounding — and quite honestly, not one of the album’s strongest selections.

The opener of Side 2, “You Don’t Have to Be Old to Be Wise” is the closest thing to a throwaway on the album — but you know you have an incredibly strong album on your hands when even your “B-material” is more inspired and stronger than most other artist’s “A-material.” And then…another one of the most celebrated tunes of Priest’s entire career, the feel-good anthem “Living After Midnight,” which along with “Metal Gods” and “Breaking the Law”, has probably been included in every single full-length Priest live show since its release.

And while the album’s final two songs may not be as well-known as the aforementioned classics, they still pack a mighty wallop – “The Rage” (which kicks off with a surprisingly reggae-ish bassline) and another underrated track, “Steeler”, featuring guitar squeal-solo trade-offs between Downing and Tipton.

When released on April 14, 1980, British Steel featured a now-classic cover image of a hand gripping an immense razor blade so tightly that it appears to be cutting into the fingers. Certainly one of Priest’s strongest and most consistent releases from start to finish, the buying public agreed, too – rocketing to No. 4 on the UK charts, and reaching a respectable No. 34 in the States (where it eventually earned platinum certification).

“British Steel was a really simple, direct moment of creativity for the band,” Halford recently told Heavy Consequence. “I remember we came off tour, we’d been on tour with AC/DC. Sadly, Bon Scott passed away just as we made that record. We made it practically from scratch. And Tom Allom says we made it in 30 days. We went in the studio and 30 days later, it was done – which is fast, by today’s standards.

He added, “That was an important exercise in getting songs down quickly, effectively, precisely, and getting the job done with the minimal amounts of production. Very, very straightforward record. And two of our biggest songs come from that album – ‘Breaking the Law’ and Living After Midnight’.”