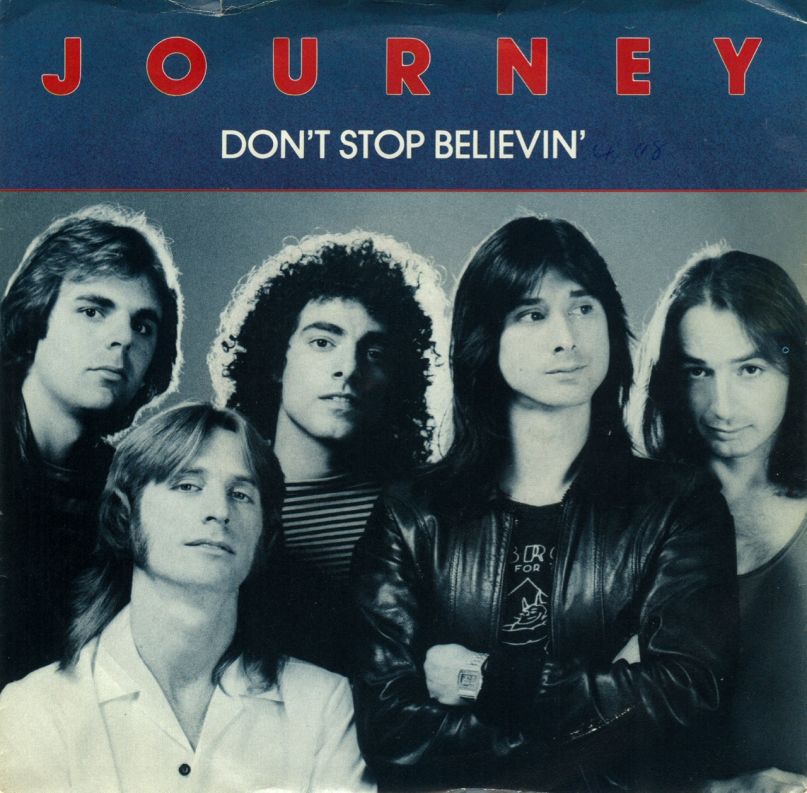 We’ve never stopped believing in Journey’s “Don’t Stop Believin'”. For nearly 40 years, the 1981 single has rocketed all across pop culture, soundtracking sporting events, films, television shows, you name it, it’s been there. Most notably, it helped us wave goodbye to The Sopranos in 2007, and it’s become the de facto theme of the Detroit Red Wings, namely for its lyrical nod (“born and raised in South Detroit”). For some, it’s a go-to karaoke song. For others, it’s a garish opportunity to sing drunkenly loud at a bar. For most, it’s an agreeable FM jam during late-night drives. Whatever the case, it’s certainly never left the public consciousness, and now it has a new beat: an anthem for Coronavirus survivors.

As People reports, the staff at New York-Presbyterian Queens Hospital have been turning to the song whenever they discharge a coronavirus patient. Naturally, countless videos have already been surfaced online, all featuring dozens of doctors and nurses dancing around to the jukebox favorite as the patients leave. It’s the kind of feel good story we want to hear right now, and it’s already becoming a trend. In the same report, People notes that Detroit’s own Henry Ford Hospital has similarly begun playing the track for patients. And on Monday, former Journey singer Steve Perry tweeted out the story in support, adding: “We’re all in this together, and we’ll get through this together.”

Lyrically, it all makes sense. When you look past the whole small town narrative, Perry extolls the kind of slogans and virtues we’re willing to hold on to in these hellish times: “Payin’ anything to roll the dice just one more time”; “For a smile they can share the night; It goes on and on, and on, and on”; “Strangers waiting; Up and down the boulevard; Their shadows searching in the night”; “Some will win, some will lose; Some were born to sing the blues”; and, naturally; “Don’t stop believin’; Hold on to that feelin’.” It’s written in such a vague, aspirational manner that it’s not really hard to see why the song has endured for so long and soundtracked everything from beer-soaked nights at the now-defunct Joe Louis Arena or a balmy chat over onion rings. But it’s more than that; it’s about that last line.

“Hold on to that feelin.'” Look, there’s a reason songs become ubiquitous, and it’s not just for its lyrical gains. It’s about the mood, the spirit, the heart — that feeling. Critics have long patronized Journey for being commercial arena rock over the years, but all too often they’re overlooking why they’ve become commercial arena rock. In every one of their major hits — and their catalogue runs deep — they find a way to hit that jugular, to hit that nerve that makes you shiver, even if what they’re singing about hardly resonates. “Don’t Stop Believin'” hits all the marks; it’s a distillation of all their strengths, and they flex each muscle hard. The solo, the piano, the ebbs, the flows, the Perry. It’s Chicken Soup rock ‘n’ roll through and through, and its lyrical vagueness is part and parcel why the song has transcended any succeeding generation.

It’s a populist anthem, made all the more effective for its insistency on singing for the hungry underdogs out there. And really, is there any more palpable narrative to be had? After all, on a long enough timeline, we all find ourselves to be underdogs at some point in life. Hell, the song itself is an underdog. Despite being one of the most recognizable tracks across the world, the highest it charted when it first debuted in 1981 was No. 8 on Billboard’s Mainstream Rock chart and No. 9 on the Billboard Hot 100 chart. Today, it’s one of the best-selling songs of all time. It’s a fitting meta twist that connects to the very themes this song is built upon: that we can’t lose faith, we can’t hold out on hope, and that success is never too distant, even if the odds are stacked up against us.

As a message of hope during these challenging times, #NYPQueens plays Journey’s “Don’t Stop Believin'” throughout the hospital each time a #COVID19 patient is discharged and on the road to recovery. Learn more with @GMA: https://t.co/kJmaxE7oAi pic.twitter.com/YVhPOcoQFC