Inspired By: R.E.M. Playlist Airing on Consequence of Sound Radio on TuneIn

To commemorate the 40th anniversary of the legendary band's first gig 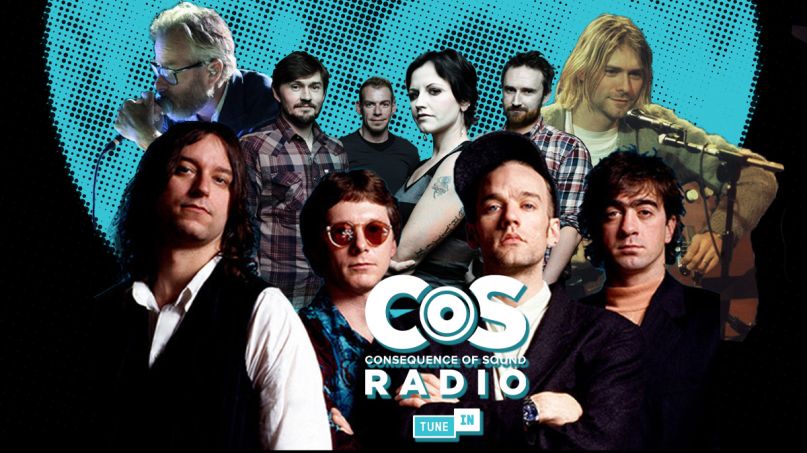 R.E.M., The National (photo by Ben Kaye), The Cranberries, and Nirvana (MTV)

It was just over 40 years ago that R.E.M. played their first-ever concert. We’ve been celebrating that anniversary all week on Consequence of Sound, and now we’re bringing the party over to Consequence of Sound Radio on TuneIn with a new Inspired By playlist on Tuesday, March 24th at 6:00 p.m. ET/3:00 p.m. PT.

Oddly, there’s renewed interest in the Athens, Georgia band for two unfortunate reasons. One is the recent passing of drummer Bill Rieflin, who played with Michael Stipe and the boys from 2003 until they broke up in 2011. Then there’s the coronavirus pandemic, which has caused R.E.M.’s “End of the World” to re-enter the Billboard charts. But we’re going to look beyond the bad news and focus on the band’s enduring legacy as the forefathers of modern alternative rock.

Hosted by Music Programmer and Integrated Content Strategist Ben Kaye, Inspired By will look at the numerous bands that have arisen in R.E.M.’s wake. From fellow college rock favorites like Pavement and The Juliana Hatfield Three, to indie heroes Radiohead and The National, to bands that have openly admitted to owing their careers to R.E.M. like Nirvana and The Cranberries, we’ll highlight the range of music that wouldn’t be here without Stipe, Peter Buck, Mike Mills, and Bill Berry.

The 12-song playlist will air thrice over the course of this week, with the first broadcast coming today at 6:00 p.m. The complete Inspired By schedule is below, and you can also check Consequence of Sound Radio’s weekly programming for more playlists, interviews, and exclusive content.