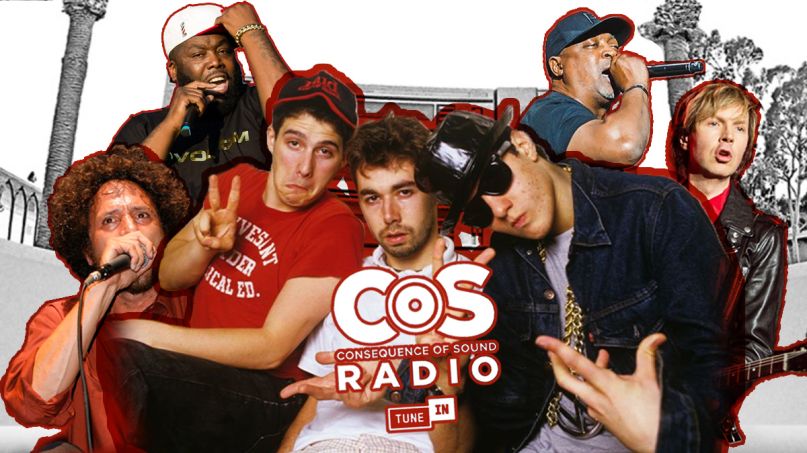 This week marks the release of Spike Jonze’s Beastie Boys Story on Apple TV+. While the documentary celebrates the hip-hop trio’s story of friendship and creativity, we’re highlighting the Beastie Boys’ legacy in a different way with a new Inspired By playlist. The episode airs on Consequence of Sound Radio on TuneIn this Tuesday, April 21st at 6:00 p.m. EDT/3:00 p.m. PDT.

From essentially inventing looping to mixing rock and rap, Ad-Rock, Mike D, and the late MCA revolutionized music in the ’80s and ’90s. While hip-hop artists like Killer Mike, Cypress Hill, Eminem, Public Enemy, and more draw a clear lineage back to the Beasties, so do acts like Rage Against the Machine,  Beck, and, yes, Limp Bizkit.

We’ll put the spotlight on them all in our 12-song playlist, playing three times over the course of the week. Your first chance to hear it is today at 6:00 p.m, and the complete Inspired By schedule is ahead. Also make sure to check out Consequence of Sound Radio’s weekly programming for more playlists, interviews, and exclusive content.