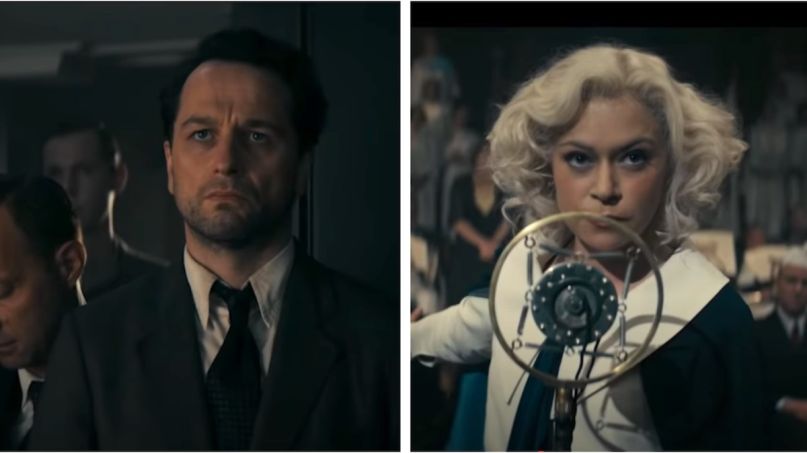 HBO has been absolutely crushing it lately, and it looks like that streak is going to continue. Perry Mason, the network’s upcoming limited series and one of the most anticipated shows of the year, will make its debut on Sunday, June 21st at 9:00 p.m. EDT. In anticipation, you can watch the first trailer below.

HBO’s Perry Mason reimagines the iconic legal drama that was originally conceived by author Erie Stanley Gardner. This new version follows Rhys in the titular role as a criminal defense lawyer whose life is forever changed by a child kidnapping. Meanwhile, Maslany portrays the radio evangelist Sister Alice. The whole thing takes place in 1932 Los Angeles when the city began flourishing following the brutal Great Depression, as brought to life by writers and executive producers Rolin Jones and Ron Fitzgerald.

It’s tempting to share the show’s official plot description, as it’s expectedly ripe with flair and drama. “While the rest of the country struggles through the Great Depression, this city is booming! Oil! Olympic Games! Talking Pictures! Evangelical Fervor! And a child kidnapping gone very, very wrong,” it reads. “When the case of the decade breaks down his door, Mason’s relentless pursuit of the truth reveals a fractured city and just maybe, a pathway to redemption for himself.”

In our first look at the series, we get a quick glimpse at nearly all of the aforementioned characters and plot setups. There’s jazzy noir music, overflowing church pews, temple-rubbing stressors, vintage car spinouts, and plenty of locked and loaded guns. “The way I see it,” says Rhys, “there’s what’s legal and what’s right.” Watch it below.

There’s a little over two months until the first episode of Perry Mason airs on HBO. Until then, revisit Rhys’ phenomenal performance in The Americans and Maslany’s breakout acting in Orphan Black.