Plus, their upcoming album Women in Music Pt. III has received a new release date 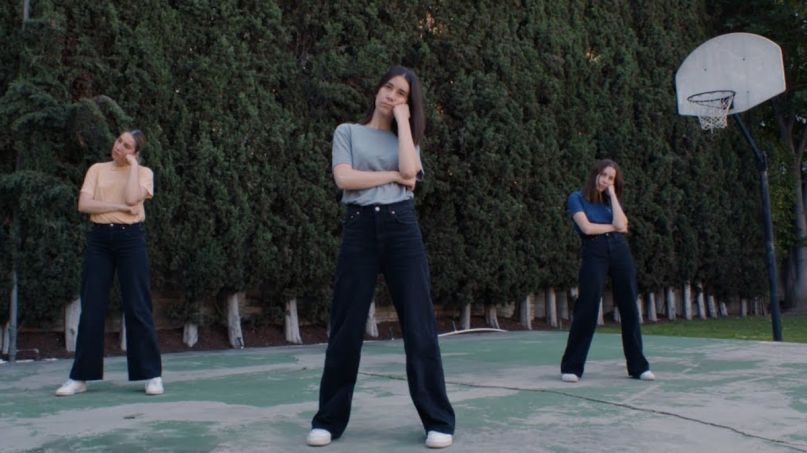 HAIM may have postponed their highly anticipated new album, Women in Music Pt. III, but they continue to tide fans over with new singles. Today, the sisterly trio has unveiled the latest offering, “I Know Alone”, in addition to confirming a new June 26th release date for the LP.

Of course, we all know something about being alone right now, which makes the timing of “I Know Alone” somewhat fortuitous. “It was always going to be the next song we wanted to show u guys from wimpiii, but it has kind of taken a new meaning,” wrote Danielle Haim in a Twitter note. She continued,

“The first lyric we wrote was “I know alone like no one else does”. this came from feeling like I was in the deepest sprial of being alone and feeling like i felt loneliness deeper than anyone ever had… Now with everything going on “alone” feels like a ritual. only I know my own little secret routine on these days of being by myself and I almost take comfort in it. I hope all this makes sense- trying to describe a song is always a little daunting for me – but I always want to let u guys know where I’m coming from. We hope that this song can bring u a little comfort in this crazy time…” [sic]

Despite all the innate loneliness of the track and our current state of self-isolation, HAIM weren’t entirely by themselves in making the “I Know Alone” music video. Recorded in quarantine, the clip was directed remotely by Jake Schreier (Chance the Rapper’s “Same Drugs”, Kanye West’s “Closed on Sunday”) and choreographed with remote input from Francis and the Lights. Francis and Schreier also collaborated on the modern classic “Friends” clip featuring Bon Iver and Kanye West, so you know this is a video worth watching.

Check out the “I Know Alone” video below. Originally set for April 24th, HAIM’s Women in Music Pt. III is now expected on June 26th.