Fountains of Wayne’s Adam Schlesinger Brought Wonder to That Thing You Do! 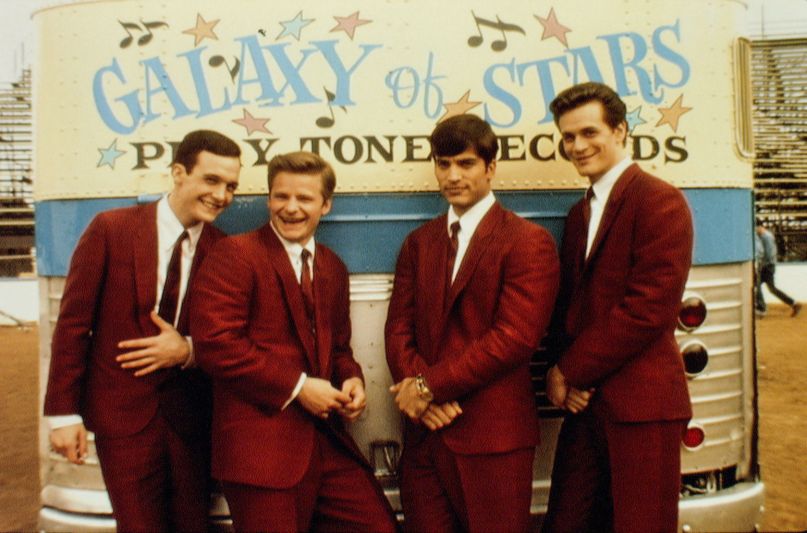 The Wonders in That Thing You Do

Songs That Made Movies Classics is a feature in which we analyze how the use of a single song helped make a film a modern classic. While this particular column has long been germinating, we’re publishing it today in remembrance of Adam Schlesinger, who passed away yesterday at 52. We send along our condolences to his family, friends, and fans during these sad times.

There’s a special place in every music fan’s heart for That Thing You Do! Yes, the 1996 film directed and written by Tom Hanks and produced by Jonathan Demme deals in hubris and how the music industry can and does spit out bands, however talented, before breakfast. However, the movie also captures the fairy-tale charm of small-town kids with few prospects and doubting parents somehow conquering both the charts and the country. And, best of all, the film preserves the timeless idea of turning on a radio, spinning a record, or even clicking a playlist and falling in love with a song. That’s the heart of this beloved, little comedy. A song. Something snappy.

Part of the challenge of developing That Thing You Do! includes making a fictional band’s journey believable. The irony, of course, remains that there have been thousands of bands like Erie, Pennsylvania’s The Oneders (that’s pronounced like “Wonders,” not “Oh-NEE-ders”) whom Hanks could have fictionalized. “The one-hit wonders,” sighs Hanks as Mr. White, the band’s manager, as the group falls apart. “It’s a very common tale.” You might even say That Thing You Do! is a fictional story based on thousands of true bands. But all the pieces work so well here: Jimmy (Johnathon Schaech), the stubborn songwriter too good for the band’s hit; Lenny (Steve Zahn), the skirt-chasing goofball; T.B. Player (Ethan Embry), the nameless bass player who’d as soon go to Disneyland as go on tour; Guy (Tom Everett Scott), the glue; Faye (Liv Tyler), the band’s emotional support system; and Mr. White, a smooth, straight-shooting record company suit who sees every angle, including when it’s time to bail from a sinking ship.

Still, no casting challenge could possibly rival the need to find the perfect song: The one-hit Wonders’ lone smash. Enter Adam Schlesinger, the bassist and co-songwriter from then-new alternative rock band Fountains of Wayne, who submitted the song with little expectation of it being chosen. After all, think of all the boxes “That Thing You Do” needed to tick. First, Schlesinger’s song needed to be in an upbeat ’60s Beatles style but also, and more importantly, appeal to a mid-’90s audience at a time when grunge had just started to falter upon its flannel crown. The fact that Schlesinger’s song, though not a chart-topper at the same heights as the song by the fictional Wonders, appeared high on four Billboard charts and climbed even higher in the UK, Australia, and Canada more than satisfied that criterion. Secondly, the song had to get played again and again in the movie (a total of 11 times) and not tire or bore the audience. The simple fact that we’re talking about this movie and song nearly a quarter century later proves it has unusually long shelf life.

But Schlesinger’s song does so much more than encapsulate a time or make toes tap. The story actually requires “That Thing You Do” to work in several iterations. We need to believe that the song began as the promising but wonky, inchoate ballad that Jimmy teaches bored stand-in Guy in their practice garage. Just as we must believe that Guy mysteriously unlocks the wonder in “That Thing You Do” when he picks up the tempo at the contest, the other guys fumbling to catch up with him and discover the magic for themselves. We also need to see the band bomb in Pittsburgh, hone their chops out on the county-fair circuit, and absolutely kill on their television debut, all to the same song. It helped that the actors learned how to play the song on their respective instruments, even though actual musicians are on all the recordings, but it’s also critical that Schlesinger’s one-hit wonder is incredibly versatile and able to be both appreciated for and broken down into its most memorable components. It’s a perfect vehicle for both the story and its performances.

The film’s two best scenes find The Wonders, or those around them, totally caught up in the whirlwind that quickly swoops down and picks them up as their dreams begin to come true. And, of course, “That Thing You Do” has to be both the cause and the soundtrack to that hysteria. The song pumps pure jubilation into the scene when Faye and T.B. first hear the song on radio and rush to find Guy at his parents’ appliance store. Hanks brilliantly lets the entire song play through as the characters rush through the street, block Main Street by double-parking, dial up the song on several radios, and start dancing circles around the store’s show floor. It’s a lovely scene bursting with a pure innocence that the band still have intact. Perhaps even sweeter is the sequence that toggles back and forth between The Wonders making their national television debut and the Patterson’s living room. To see Guy’s family, especially his stern father, who never saw any good in his son, erupt when the band comes on remains incredibly moving. If only Guy could see his father mimicking his son … wearing shades, using salad utensils as drumsticks, and singing all the wrong words to their hit. It’s hilarious, touching, and, thanks to “That Thing You Do”, a perfect climax to the band’s ascent.

Fate will soon play some cruel tricks on The Wonders. Faye will leave Jimmy, T.B. will enlist in the army, and Lenny will, well, revert to being as dependable as Lenny. Jimmy will quit the group over creative control, and Guy will be left with no band and wondering how it all happened and unraveled so quickly. And Mr. White will depart, leaving behind those aforementioned words: “The one-hit wonders. It’s a very common tale.” It’s a tale as old as the recording industry itself, but according to the closing credits, one that ends happily for all the bandmates. While longevity — and a second hit —  eluded them, one thing nobody can ever take away from The Wonders is their hit. A song, as Mr. White might say, “snappy” enough to pull four fellas and a gal out of nowhere Pennsylvania and turn them into The Beatles, if only for one night. No matter how things turned out for The Wonders, you have to admit: that’s one helluva song.