Nilüfer Yanya, The Orielles, and others also appear on the LP funding reusable PPE for NHS members 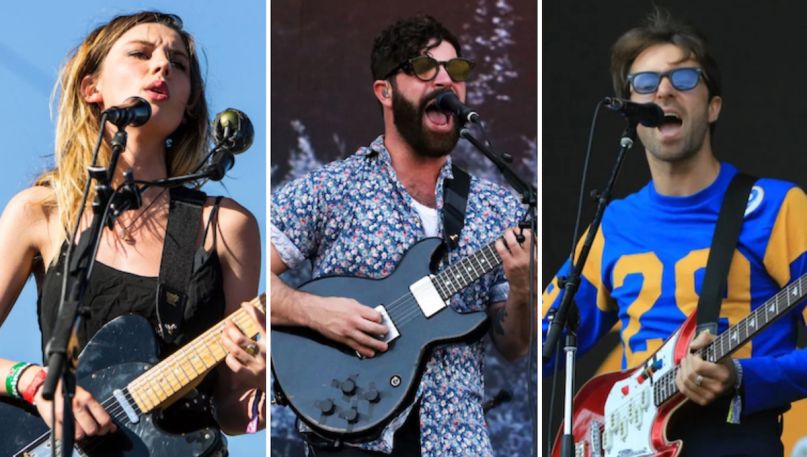 Every week, British citizens across the UK step outside to send up a rousing round of applause in honor of the NHS workers on the front lines of the pandemic. Now, a group of UK indie musicians have banded together to offer even more support with the new Songs for the National Health Service benefit vinyl.

Artists including Foals, Wolf Alice, The Vaccines, The Big Moon, The Wombats, Baxter Dury, Sports Team, The Orielles, Nilüfer Yanya, and Pixx and Jessica Winter contributed covers, remixes, live recordings, and demos to the compilation. Many of the tracks have never been available in any form before.

Proceeds from the collection will go to support the Hoods for Heroes campaign launched by University Hospital Lewisham’s Dr. Natalie Watson. With an initial goal of £30,000, the charity effort hopes to help fully stock Lewisham Greenwich NHS Trust (site of the first confirmed COVID-19 case in the UK), Mid Yorkshire NHS Trust, and University Hospital Crosshouse in Scotland with powered air purifying respirators (PAPR). Funds raised beyond that target will be used to provide other hospitals in other regions with equipment based on need.

Priced at £25 ($31.37 USD), Songs for the National Health Service is expected to be released on July 19th, providing pre-order quantities meet minimum requirements. Place your order here. Find the album artwork and tracklist (the order of which is tentative) below.