A father and his 8-year-old son have entered their design in LEGO's "Music to Our Ears!" competition 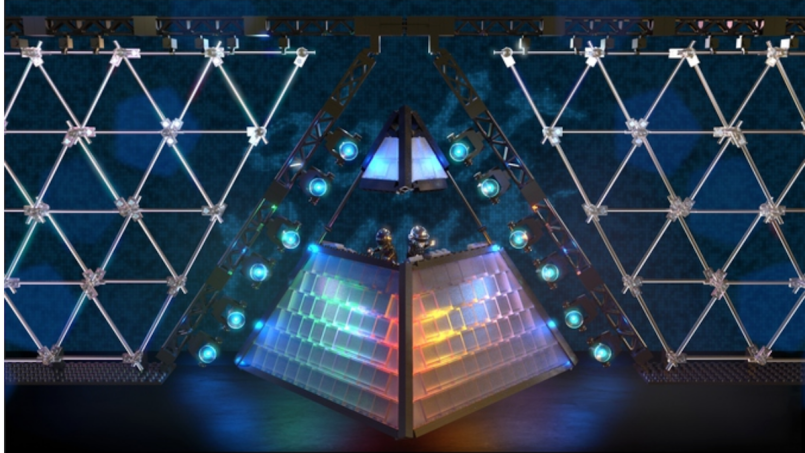 When Daft Punk burst onto the electronic scene, they were impossible to miss: two human bodies bobbing around with robotic helmets on. If anything can capture their physical style true to form, it’s a LEGO set. Thus, one fan has decided to take it a step farther by recreating the duo’s iconic Alive 2007 stage setup entirely out of LEGOs — and his product could potentially be manufactured as a result.

The design was made by Patrick Harboun, a father who teamed up with his 8-year-old son to cure quarantine boredom. The two decided to enter LEGO’s “Music to Our Ears!” competition, where fans are encouraged to “show off your love of music using LEGO bricks.” Because LEGO has partnered with Universal Music Group — coincidentally the label that released Daft Punk’s first three studio albums — to release products together, fan-voted entries will have the chance to become manufactured into a real-life LEGO set if the submission “can wow [the judges] enough.”

“We’re both big Daft Punk fans,” Harboun told Consequence of Sound. “I spent my high school years listening to Homework on my Walkman. My son’s favourite song when he was 1 was ‘Get Lucky’. Actually, it was the only song he was willing to listen to. To keep our sanity and be allowed to listen to other songs in our life, my wife and I eventually managed to extend his appreciation to the whole Daft Punk discography. So we’ve built a set looking like the Alive 2007 pyramid stage.”

The final product is as impressive as that detailed Tool LEGO set. Whereas previous creators focused on Daft Punk as musicians, Harboun wanted to emphasize the duo’s role as performers. The result is pretty impressive. By using LEGO Night Mode, a product that features in-house lighting kits and translucent bricks, he was able to build a rainbow disco ball inside the makeshift pyramid podium. Behind it, arched stage lights outline the platform and triangular crossbeams are propped up as support.

Over 800 people have submitted to the contest. Right now, his Daft Punk entry is one of 10 finalists. You can vote for the technologic masterpiece here.

As for the band themselves, it looks like they may return to the world of film scores. Daft Punk are allegedly being courted to work on the new Dario Argento film. Their last movie contributions were the soundtrack to Tron: Legacy and its accompanying remix album.