Movie watch-alongs with your favorite podcasters, games, and more 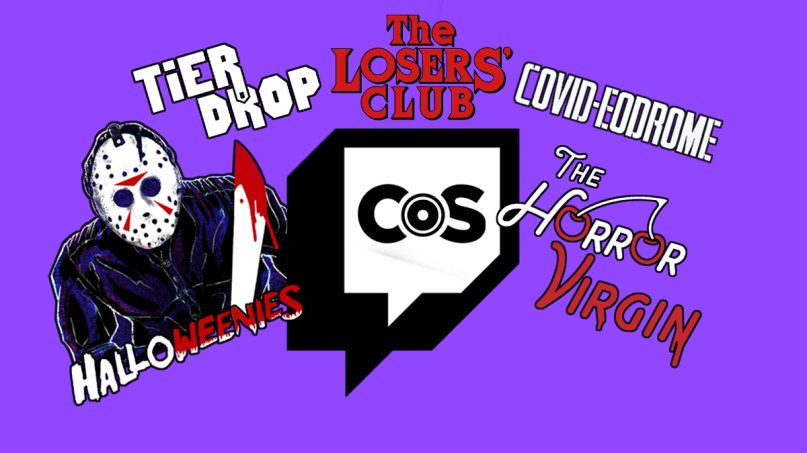 Consequence of Sound on Twitch

Consequence of Sound is pleased to announce the launch of our new channel on Twitch. To help keep everyone entertained during the coronavirus crisis, we’re bringing you new shows, games, and exclusive live watch-alongs with your favorite teams from the Consequence Podcast Network.

Thursdays bring you movie criticism built for the age of quarantine with COVID-EODROME. Hosted by The Spool’s Editor-in-Chief Clint Worthington and RogerEbert.com’s Scout Tafoya at 2:30 p.m. EST/11:30 a.m. PST, the show sees Clint and Scout dissecting the latest movies, highlighting some oft-forgotten classics, and speaking with special guests.

Every Saturday, the podcasters behind The Losers’ Club and Halloweenies alternate watch-along viewings of classic horror films. The Losers will take us through some classic Stephen King adaptations, beginning with It: Chapter Two on April 11th at 9:00 p.m. ET/6:00 p.m. PT.

The ‘Weenies take over the following weekend on April 18th as they continue to revisit Camp Crystal Lake one Friday the 13th movie at a time. Next up, they’ll watch as the urban legend spreads in Friday the 13th Part 2.

Sundays at 9:00 p.m. ET/6:00 p.m. PT belong to our other horror-themed podcast, The Horror Virgin. Every weekend, Jenn, Mikey, and Todd revisit a film from a past episode, beginning on April 12th with the 2002 modern classic The Ring.

We have lots more new content in the works that will be rolling out in the coming weeks. Also, be sure to keep an eye on the CoS Instagram account for a weekly takeover schedule. Stay tuned for updates on Consequence of Sound’s Twitch, including a weekly broadcast schedule. Find this week’s (April 6th) schedule below.