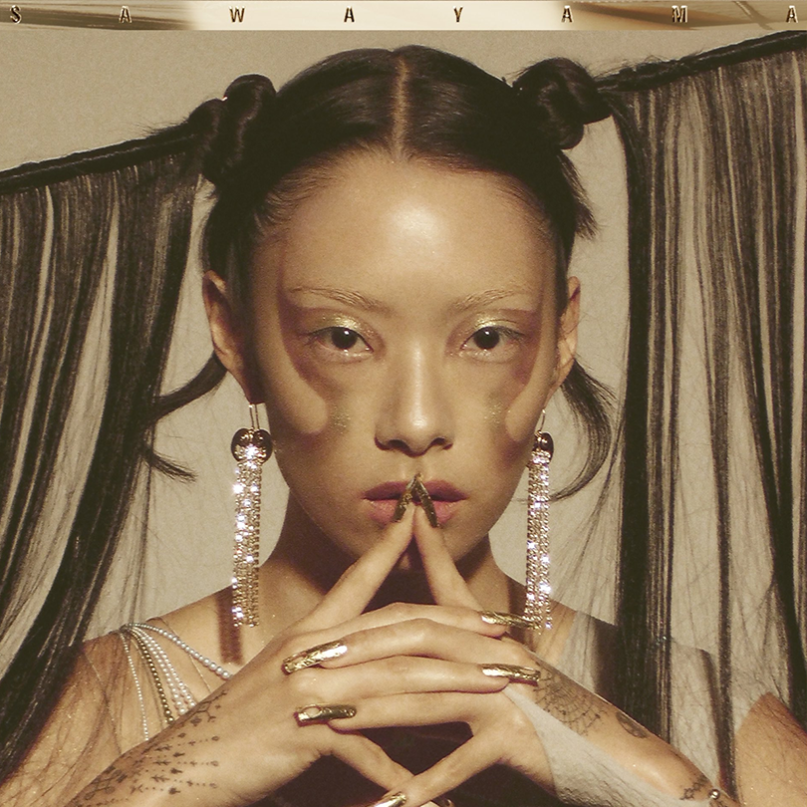 The Lowdown: Although she dropped her first single in 2013, Rina Sawayama really came onto the scene in 2017 with her EP/mini-album, RINA. Followed shortly after with her glossy, sugar-pop single “Cherry”, Sawayama cemented her place as a modern pop-princess, unafraid to bend the framework of the genre. Now, her self-titled debut, SAWAYAMA, has arrived, released by The 1975’s Dirty Hit Records. Her debut finds her unapologetic, no topic too big or too bold to discuss. Digging deep into her family history, the Japanese-British singer looked to come to terms with her past on the album, among other heavy subjects. Coming in at just under 45 minutes, Sawayama’s debut is everything that pop music hopes to be in the 21st century.

The Good: On her debut, Sawayama isn’t looking to fit into the modern pop landscape; she’s carving out her own place entirely. Balancing references with innovation is often a slippery slope, but on SAWAYAMA, the pop and R&B influences of the early aughts gleam alongside more modern genre-mixing, with stellar guitar solos and occasional metal moments crafting songs that exist in their own world. From start to finish, each song takes on and embodies a hundred different things at once, and yet each track perfectly complements and effortlessly follows the one before it.

The depth of her lyrical content is one of Sawayama’s greatest strengths. In favor of the quasi-positive messages of modern chart-topping pop songs, Sawayama dives headfirst into the nitty-gritty of personal and societal issues. “XS” delves into capitalistic exploitation, “Comme Des Garçons (Like the Boys)” takes on male privilege, and “Dynasty” sees her unearthing and coming to terms with her childhood and generational trauma. Some of Sawayama’s strongest verses come straight from her anger with the world around her. “STFU!”, one of the more experimental songs on the album, finds her asking, “How come you don’t expect me/ To get mad when I’m angry” while “Fuck This World (Interlude)”, an R&B ode to Sawayama’s grief over climate change, proclaims: “Sick of watching people taking from the bottom to feed the top.”

The album encompasses so many genres — in verses, in choruses, and even just in short moments — that it’s hard to classify as any one thing. Sawayama finds a way to combine pop and R&B with nü-metal and fuzzy guitars, electronic production topping it all off. Each track bounces around from sound to sound, never settling down enough to be labeled. At times, Sawayama puts the mood and content of the song at odds. “Bad Friend” feels like a song to be listened to on a drive with the windows rolled down and the volume up, despite being a song about a fizzled friendship. “Chosen Family” is slower and more ballad-like, yet as Sawayama’s testament to her LGBTQ+ family, it stands as one of the most powerful and meaningful songs on the album.

One of the best moments on the whole record is the last minute of closing track “Snakeskin”. A piano kicks in and slows everything down, giving listeners a moment of reflection. I picture Sawayama sitting in an imaginary mansion with a grand piano in the foyer, playing the last few notes and sitting still, looking over as she presses the final key just to say, “There you go.” Her ability to craft these moments gives the songs dimension outside of their composition, and in turn, connects Sawayama with her listeners in a way that almost transcends the song itself. Suddenly, the song isn’t just a song; it’s an experience, and Sawayama is there holding your hand.

The Bad: As a whole, SAWAYAMA has so many dazzling moments that it’s hard to believe it’s a debut album. The few stumbles on the album come in the form of less-remarkable middle tracks. The momentum of the beginning and end of the record is so extraordinary, some of the more tame songs — such as “Paradisin’” — feel downplayed among the radiance of the surrounding tracks. Despite being a bit more ordinary than the rest, these songs are still strong; it’s only in comparison to the rest of the album that they fall short, a testament to the overall strength of the record. On a damn-near-perfect debut, it’s hard to find flaws in Sawayama’s song-writing and production.

The Verdict: SAWAYAMA pushes the boundaries of what pop music can be, discussing complex and intimate topics with insight and freshness. The entire album shines; every idea Sawayama takes on she masters and, in the process, creates a glittery and phenomenal piece of art. SAWAYAMA appears poised to be one of the best pop albums of the year and sets Sawayama up as a pop force to be reckoned with.