In anticipation of the K-pop outfit's North American tour 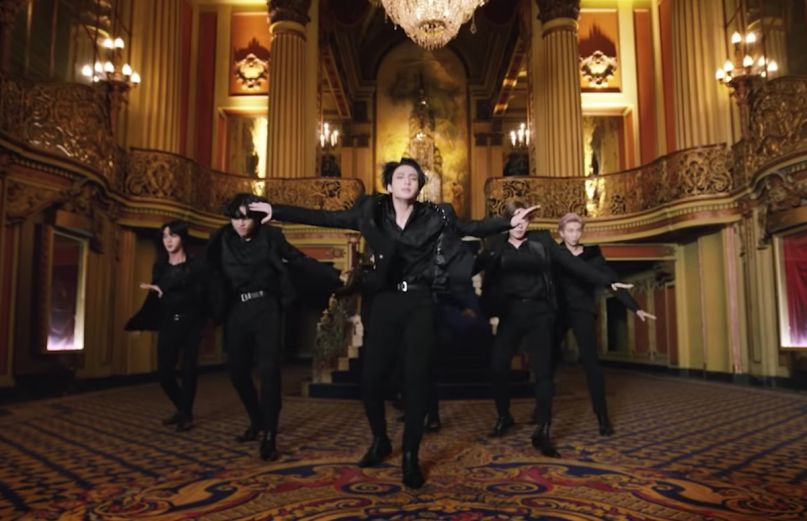 In last week’s video for “ON”, K-pop megastars BTS showed us the struggles they’ve endured in order to achieve their dreams. Now, it’s the BTS Army whose dreams have come true, as the group has unveiled a new video for “Black Swan” and some strike choreography, to boot.

Directed by YongSeok Choi (Lumpens), the visual follows BTS as they take the stage of an ultra luxe theater, a setup that no doubt references the ballet Swan Lake. The group’s bold and exquisite dance work is captivating in itself, but also symbolizes a swan-like transformation, as BTS eventually swap their crisp white suits for black ones. At one point, Jimin even grows “wings”. See it below.

These new video releases come in support of the latest BTS album, Map of the Soul: 7. The beloved boyband, which was recently named the first K-pop act to go platinum, is about to tour North America and you can grab concert tickets here. BTS recently were forced to cancel some shows in Asia due to the coronavirus outbreak.