The bass maestro was joined by Flying Lotus, Steve Lacy, and Steve Arrington 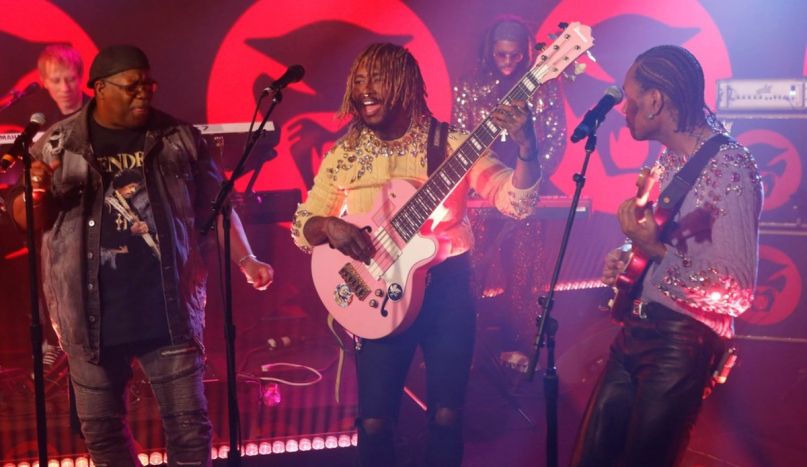 Thundercat is set to drop his new album, It Is What It Is, on April 3rd. In the lead-up to the album’s release, the bass maestro born Stephen Bruner performed lead single “Black Qualls” on Jimmy Kimmel Live! Monday evening. He was joined by co-producer Flying Lotus, aka Steven Ellison, on keyboard and the song’s two collaborators, Steve Lacy of The Internet and Steve Arrington. (Indeed, that’s four Steves on one stage.)

Thundercat & co. also slipped in a subtle tribute to beloved friend and colleague Mac Miller, as Stereogum points out. During their performance, they changed the beat to Miller and Thundercat’s “What’s the Use?” track from 2018.

“Black Qualls” is said to address what it means to be a young black American. “What it feels like to be in this position right now,” Thundercat explained in a previous statement. “…The weird ins and outs, we’re talking about those feelings… Part of me knew this [track] was where Steve [Arrington] left us.”

Replay the late-night video below.

The album version of “Black Qualls” will reportedly feature additional contributions from Childish Gambino, while the rest of the LP promises joint tracks with Kamasi Washington and Ty Dolla $ign. To promote the record, Thundercat is currently on his largest-ever North American headlining tour. Snag some tickets here.