The Office’s Shifting Sympathies and Why We Keep Bingeing

Fifteen years later, we see the staff of Dunder Mifflin in a new light 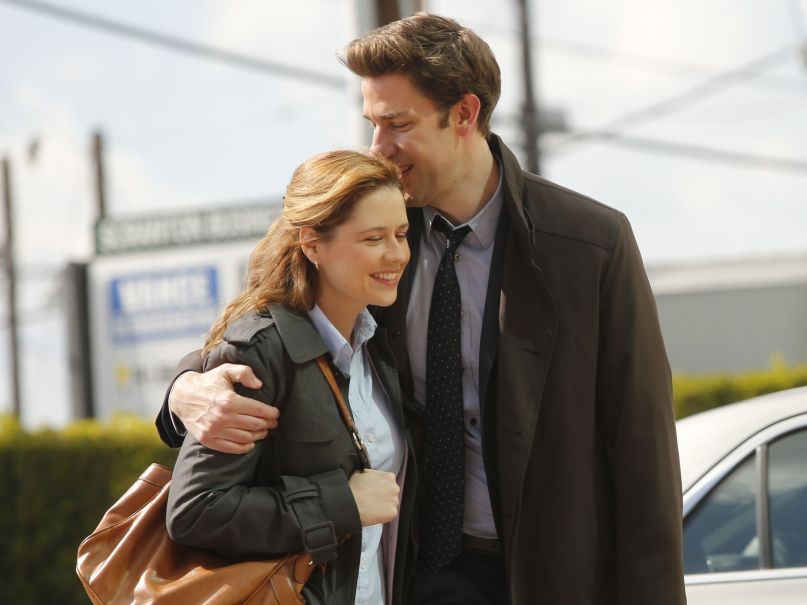 This week we’re celebrating the 15th anniversary of The Office. Also check out our ranking of the show’s 20 best episodes and 25 best cold opens, a virtual Dundie Awards honoring its best moments overall, and an essay on why the show still holds up in the #MeToo Era.

The world was different when The Office debuted on March 24, 2005. The shadows of war and recession loomed large, but also felt abstract and distant enough to be set aside for half an hour at a time. One branch of a small paper company in Scranton, Pennsylvania, in particular, felt safe and, at most, lightly grazed by current events. American culture, both on TV and in real life, seemed as though it was still trying to spackle over the cracks in the foundation of our increasingly divided communities and diverging perspectives. It’s no shock, then, that our feelings about the show’s characters, their situations, and their respective relationships would shift during the fractious decade and a half that followed.

In the show’s original run, the heroes and villains were clear. Michael Scott (Steve Carell) was an inept, albeit lovable, boss. Dwight Schrute (Rainn Wilson) was an officious pest who did his best to lord his meager power over anyone and everyone. And Jim Halpert (John Krasinksi) and Pam Beesly (Jenna Fischer) were the normal ones in the office, whose sardonic “Can you believe this?” looks and workaday worries were meant to be relatable for the audience sitting at home.

But as time has passed, the popular view on their distinctive world has changed. Michael’s behavior scans as worse and more serious in the #MeToo era, even if a knowing satire was always baked into the character. The oafish middle manager was never meant to be a role model, but his lack of filter and desperate need to turn his coworkers into an adoring family was, over time, meant to make him endearing, or at least sympathetic. The American incarnation of the series intentionally pivoted away from the more abrasive awfulness of David Brent in the UK original. Instead, showrunner Greg Daniels, who cut his teeth writing for The Simpsons, aimed to turn Steve Carell’s version of the boss from hell into more of a well-meaning boob a la Homer Simpson.

And yet, as outsized and deceptively cartoony a world as The Office presents, it’s more difficult in an era where we are, thankfully, starting to take sexual harassment more seriously, to shrug off Michael’s comments to Pam or Ryan or Phyllis. It’s harder to comically compartmentalize men like Michael, however oblivious or well-intentioned they may be, who overstep the bounds of professionalism and insinuate themselves into their subordinates’ lives. It’s harder to laugh and write him off as a mere kindhearted dunce without acknowledging the way his behavior toward the people who work for him is a real and legitimate problem.

Oddly, though, the same goes for the two employees meant to be the viewers’ stand-ins and the prime sufferers of Michael’s misdeeds. Jim and Pam are not only supposed to be two of the few “normal” people in this office full of oddballs. They’re also supposed to represent the reactions the audience would amid all the show’s craziness. The pair act as the regular employees who give the series a tether to real life despite all its mundane-yet-exaggerated insanity.

In hindsight, though, Jim and Pam’s casual disdain for their coworkers, including their boss, comes off harsher and more smug than it did in the moment. Yes, a great deal of what goes on in the Scranton branch verges on the irritating or downright crazy. But there’s a continual sense that the two of them, Jim in particular, think themselves better than this place and these people, in a way that leaves a bitter taste in your mouth as the series wears on.

The Office would acknowledge the couple’s low-grade smarminess in the show’s later seasons. But as fans came to love the series’ oddball secondary characters and recognize Jim’s not-so-subtle disdain for a steady, secure job at a time when those were starting to disappear, the couple’s sense of superiority over their coworkers and jobs started to grate. Particularly once the two finally began dating and didn’t have the forbidden romance angle to fall back on, Jim and Pam’s “cool kids” routine started to feel stale and even off-putting.

At the same time, Dwight’s peculiar quirks and reliable (if overzealous) diligence have only grown more endearing over the years. It’s easier to sympathize with the admittedly socially inept paper salesman with the realization that Jim’s nominally harmless pranks, while undeniably amusing to a TV audience, would scan as bullying in real life. Is Dwight uptight and unyielding at times? Absolutely, but despite his comically provincial power-hungriness (with Angela as his frequent Lady Macbeth), for the most part Dwight just tries to do his job, live his nerdy life, and yeah, suck up to his boss. That hardly makes him worthy of Jim’s antagonism, despite or perhaps because he’s such an easy target for it.

Make no mistake, Dwight does some truly awful things during the show’s run. From trying to usurp Michael, to killing Angela’s cat, to conspiring to oust Jim, to participating in an intra-office affair, he’s not exactly a saint. Nevertheless, as the series progressed, The Office sanded down Dwight’s roughest edges and made him more loyal and kind to his coworkers than anyone might have suspected. Rainn Wilson imbued a real humanity into this social misfit who could nurse a broken heart, help out his friends, and set out to enjoy his bears, beets, and Battlestar Galactica, without deserving any of Jim’s (or the audience’s) disdain.

But in the end, that’s the beauty of The Office. Despite its mockumentary trappings, it’s still a sitcom, with the same occasional bouts of outrageous plotting and over-the-top characters that a typical three-camera comedy might offer. What separated it from so many other shows and preserves its legacy today, however, is the richness and layers it crafted in both its would-be heroes and villains.

Yes, Michael Scott is unforgivably crude and even cruel at times, but we also understand the sad, lonely life he leads away from Dunder Mifflin and the desperation to be loved that motivates him. Jim can be a jerk who antagonizes his coworkers and thinks he’s too good for his steady paycheck, but most of us can also recognize his professional listlessness and desire to find bits of happiness in an unchallenging job wherever he can.

Pam can be a co-conspirator who likewise puts herself above the people she works with, but she’s also relatable as the insecure, self-doubting young woman who once believed that she never deserved anything better in life, let alone the chance to chase her dreams. And Dwight is a diligent employee with an unassuming brand of compassion and a level of social awkwardness that gradually becomes adorable, but he also has a scary authoritarian streak and a penchant for crossing the lines of human decency whenever it suits him.

The amazing thing about The Office, and the thing that keeps so many fans watching 15 years after its debut, is that there are depths and complications within each of the show’s weirdos and normies and pests. Those complexities make their choices and behavior more than just preordained sitcom destiny or buffoonery. They allow us to see all the familiar faces of Dunder Mifflin’s Scranton branch in a new light with every rewatch, and let our hopes, affections, and sympathies for these characters change with the times, as they do, and we do.