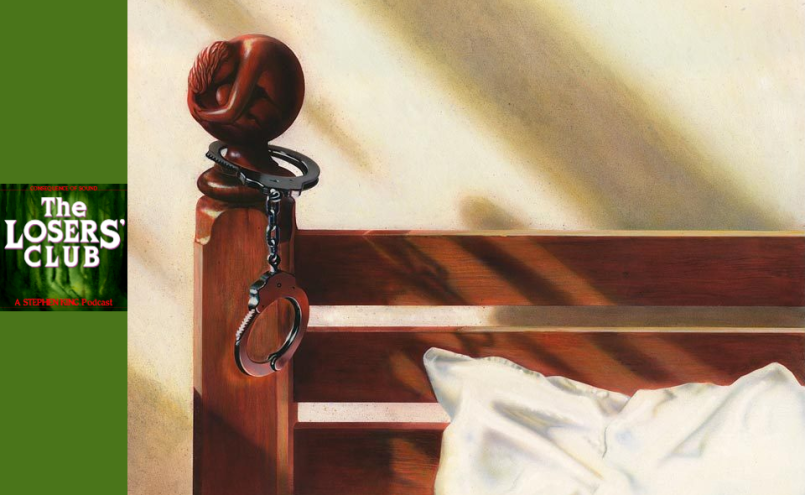 The Losers head upstate to a remote cabin to have a little R&R. Things don’t go as planned, though. There isn’t a Necronomicon involved or anything, but mistakes are made and blood is shed. In the distance, a dog barks. There’s a chainsaw, too. Yeah.

Save them, will you? Bring some snacks, maybe even a locksmith, and head to the cabin as Losers Michael Roffman, Lara Unnerstall, Dan Pfleegor, Ahse Digg, and The Horror Virgin’s Jenn Adams review Stephen King’s 1992 thriller Gerald’s Game.

Together, they discuss how the novel reflects some of King’s sharpest writing to date, particularly involving female protagonists, and also share a number of revelations pertaining to their own lives. Also: Yes, there are Steve Miller Band jokes.

Listen above and stay tuned next week when they revisit Mike Flanagan’s 2017 adaptation. If you’re feeling charitable amidst these not-so-great times, leave us a glowing review on wherever you get your podcasts. We appreciate it.