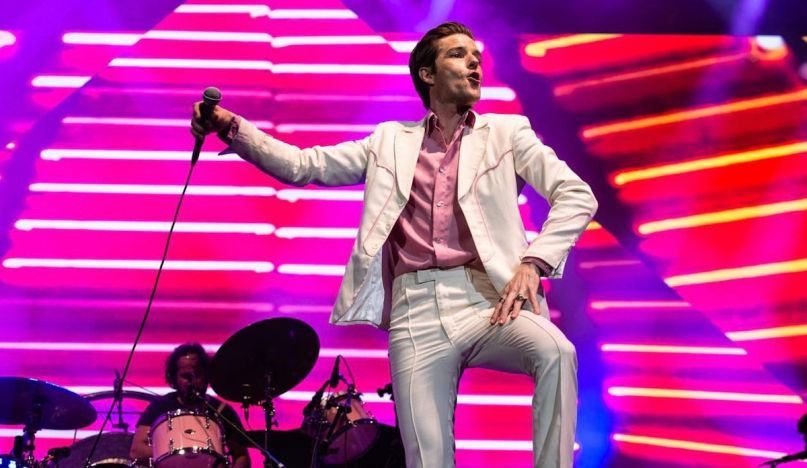 The Killers have officially announced the release of their new album, Imploding the Mirage, due out on May 29th through Island Records. Additionally, they’ve unveiled a new single single, Caution”, which features former Fleetwood Mac guitarist Lindsey Buckingham. They’ve also mapped out an extensive world tour.

“It’s sort of about having the wherewithal to listen to that angel on your shoulder, even if they’re telling you something that you don’t want to hear. And I think for me with this song was a lot about leaving Las Vegas. I was having this sort of hunch or impression that that was something that I was supposed to do for my family. And it was hard for me because I’m an ambassador for- And so it was tough for me to leave, and I thought I was able to harness that energy and there was a sort of a relief when it happened, and you kind of feel that the spirit in ‘Caution’, I feel like.”

The band’s Ronnie Vannucci also went into detail about Buckingham’s contributions. “He did all the sort of famed tricks where we were recording to tape, so we slowed the tape at half speed or quarter speed, and then he did guitar playing,” Vannucci commented. “And so that’s how you get those sort of crystal-ly high tinkle sounds. And then he just slayed a solo at the very end of it.”

According to Flowers, the follow-up to 2017’s Wonderful Wonderful will also include additional cameos from guests like Adam Granduciel of The War on Drugs, k.d. lang, Weyes Blood, and Lucius. The 10-track effort is up for pre-order now.

Meanwhile, The Killers will promote the new album with their “Imploding the Mirage Tour”, which they’re billing as their biggest global outing ever. The newly announced North American leg launches in August and features support provided by Johnny Marr.

Check out The Killers’ full tour schedule below, and grab tickets to all of their upcoming dates here.